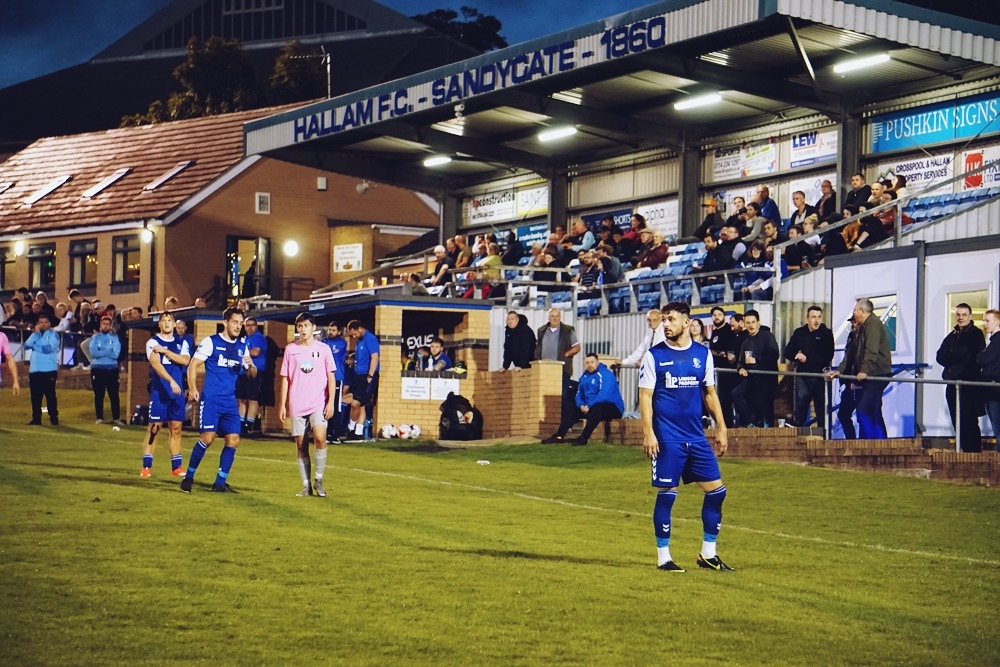 Both teams started brightly, but it was Hallam who appeared to be the more threatening. However it was Grantham who, against the run of play, opened the scoring on the 20th minute when Grantham's Juan found himself bearing down on the Hallam goal. Perhaps a little fortunately, Juan engineered to round the 'keeper and slot the ball into the back of the net.

Just three minutes later Hallam appeared to have forced themselves back into the game when a clumsy Grantham challenge resulted in a penalty being awarded. Unfortunately the Grantham 'keeper chose the right direction to dive, and managed to parry away Kieran Watson's penalty kick.

Grantham's confidence, boosted by the penalty miss, saw them begin to gain the upper hand. In the 31st minute, the Gingerbreads were awarded a free kick on the edge of the Hallam box, and in a well-rehearsed move straight off the training ground, slotted the ball neatly into the Hallam goal. 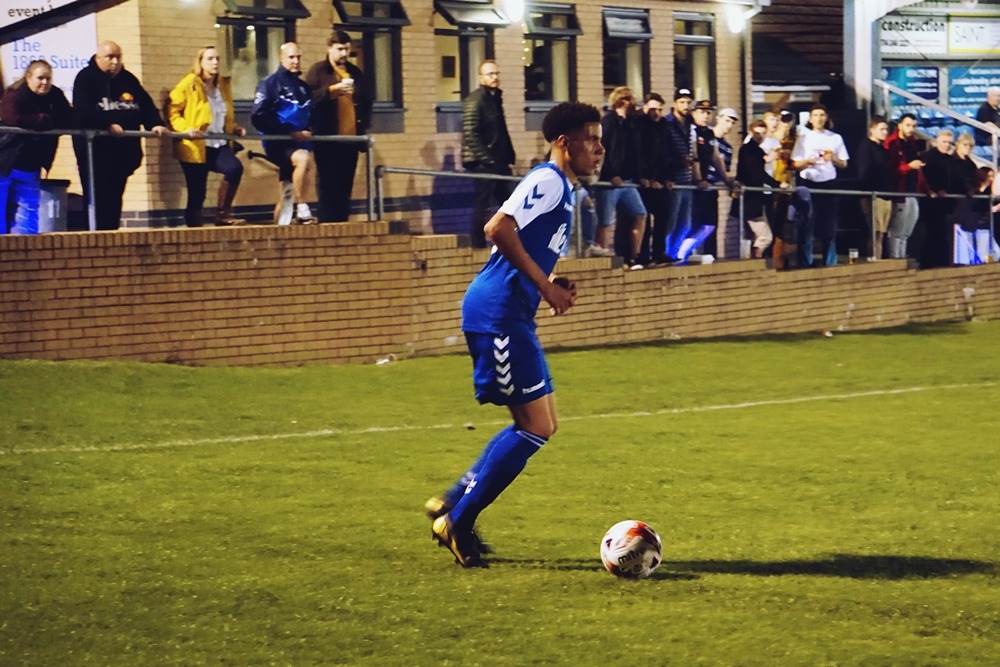 Despite being two goals down, Hallam's heads did not drop and in the 38th minute they thought they had dragged themselves back into the game when the ball hit the back of the Grantham net. Sadly the goal was disallowed for being offside, and the Countrymen found themselves two goals down at half-time.

After what may have been an uncomfortable half-time talk from manager Craig Denton, Hallam started the second half with renewed energy and purpose. They enjoyed the lion's share of possession, with Grantham apparently content to defend their two goal advantage. However the match began to change complexion in the 77th minute when Christopher Wood rose to head home the ball, giving his team-mates and their supporters hopes of a Hallam recovery.

Buoyed on by an increasingly enthusiastic and expectant crowd, Hallam dominated play. Just 4 minutes later Kieran Watson made amends for his earlier penalty miss by levelling up the score, demonstrating both skill and confidence.

Hallam were by now very much in the ascendancy and it was no surprise when, with just one minute left on the clock, a corner kick for the home team resulted in Iren Wilson scoring the winning goal, sparking delirious scenes both on and off the pitch!

The final whistle was met by a roar from the crowd, and a shell-shocked Grantham left the pitch wondering how they had let a half-time lead of two nil slip away from them. 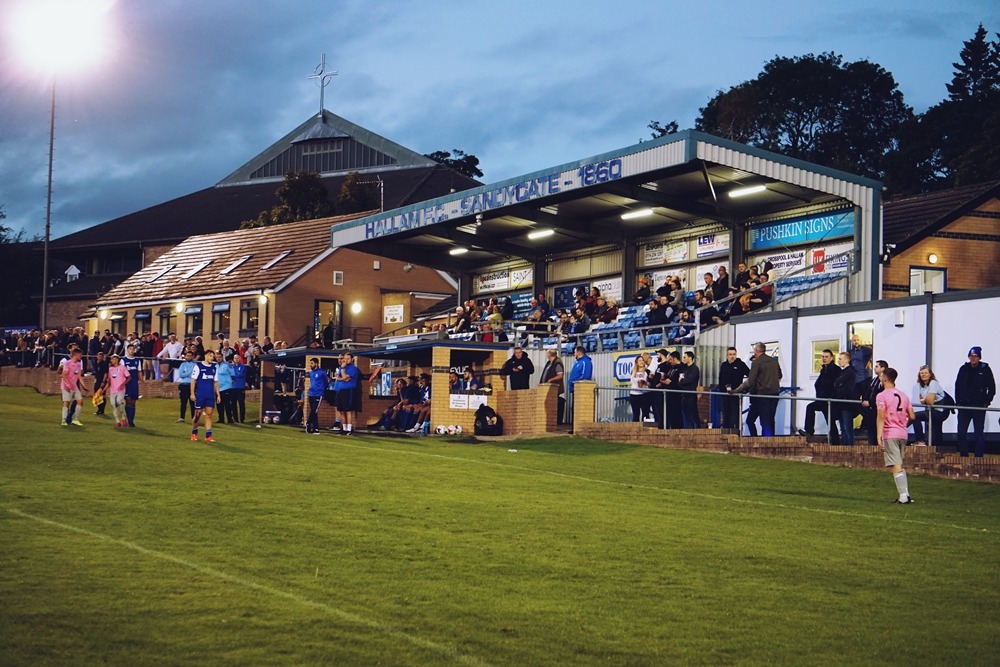 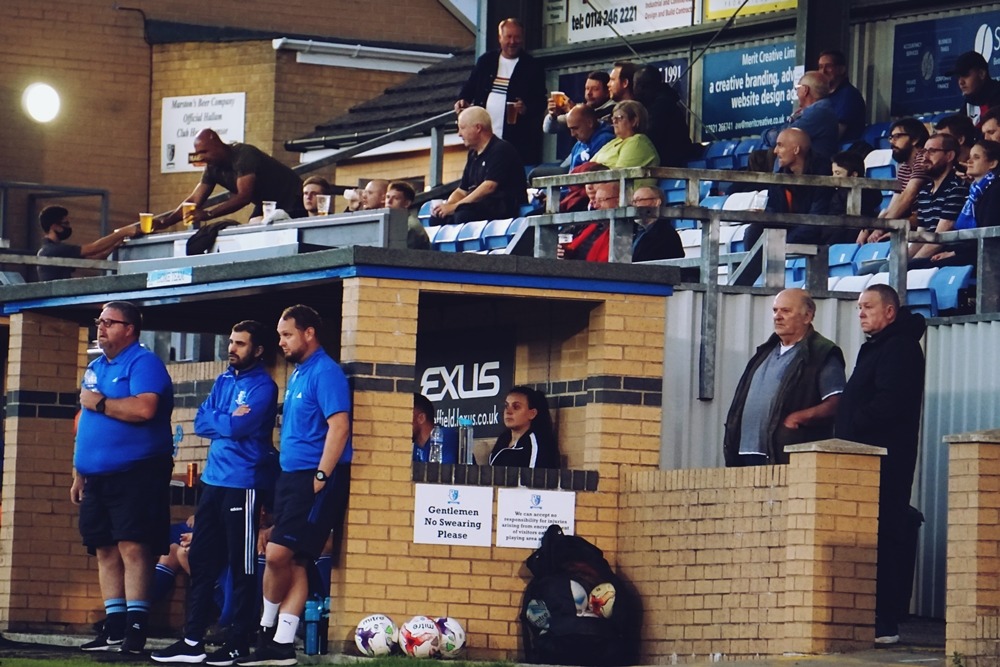