Hound of the Baskerville and Mad Max Tame the Tigers 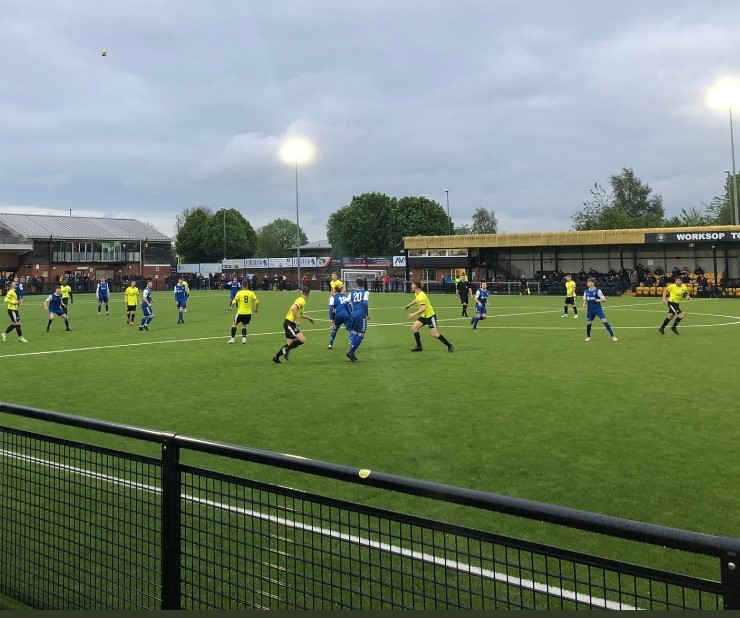 For the first time in five months, football was back for the Countrymen and the Hallam faithful who made the short trip down to Worksop Town FC for the first pre-season friendly.

The match began with instant action when, in the first minute, Worksop were awarded a penalty. But 'keeper Sam Andrew was equal to it, saving the penalty and keeping the scoreline level, with high praise coming from the Hallam faithful. Andrew continued to play out of his skin, making a number of fine saves throughout the first half, with Hallam able to withstand the early pressure from the Tigers.

But as the first half progressed, it was Hallam who were applying the pressure, which was rewarded in the 31st minute when Adam Baskerville put the Countrymen ahead. The home side were caught on the break, with an emphatic finish into the bottom corner from Baskerville making the score 0-1.

Five minutes later it was Hallam who were caught on the break when, in the 36th minute, A strike for Worksop was able to level the score at 1-1 going into the break, after a highly competitive first half.

Just two minutes into the second half the Tigers took the lead for the first time in the game, when Worksop were able to convert from close range.

The second half continued with chances few and far between for both sides, keeping the scoreline at 2-1 to the home side. Until, in the 86th minute, Hallam were able to find the equaliser they had been looking for. The Countrymen produced a fantastic corner to the back post, which was headed back across goal, with Max Pemberton able to tap in from close range.

When the full-time whistle blew, the scoreline stood at 2-2, with the Countrymen producing a fantastic performance against a top side, with the superb backing from the Hallam faithful behind them all the way. And thank you to Worksop for hosting and their hospitality, and all the best for the coming season.