Exclusive-Hindley back at Hallam FC 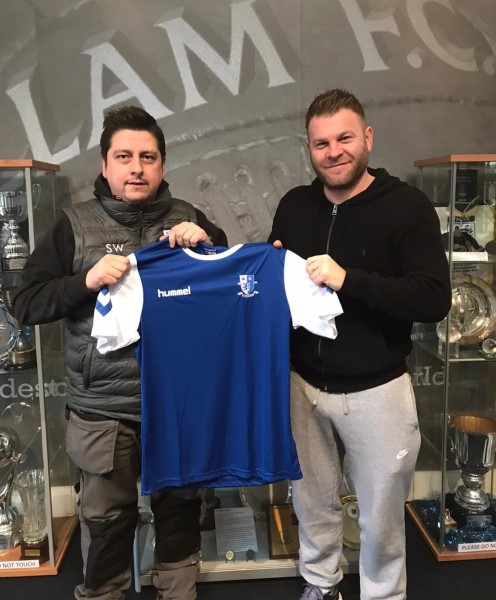 Hallam FC today announced that former Manager Ryan Hindley will be returning to Sandygate as Joint Manager alongside Stephen Whitehead for the rest of the season. Ryan-who managed the Countrymen to the Toolstation NCEL Play Off’s in consecutive seasons 2015/6 and 2016/7-rejoins the club with Hallam in eleventh place in Division One, just eleven points adrift of the automatic promotion places. He’ll be in the technical area for Hallam’s home game with League Leaders Skegness Town at Sandygate on Saturday

Ryan “It’s just great to be back home”

In his exclusive first interview with Ian Jones and John Wiseman from www.hallamfc.co.uk, Ryan explained the reasons behind his return to the technical area, his hopes for the next few months, and his message for the Hallam faithful.

Ryan, welcome back to Hallam!! Tell us how the move came about and why you've decided to step back into Management.

I have missed being in the dugout; I have missed the dressing room, the match day feeling, the buzz, the atmosphere. I don’t think there is a better place to be a manager than at Hallam FC; the infrastructure that’s been put in place is magnificent.

It's a club you know well and love. Sum up your feelings on going back to Sandygate.

I have unfinished business, and always stated to the Chairman and Committee that one day I would return. This is my football club and I won’t rest till we get it to we’re it deserves to be.

You've worked with Stephen (Whitehead) before. How do you see your partnership as Joint Managers working going forward?

Steve was my assistant and he was brilliant. He’s not a yes man, I’m not a yes man, and in football you must trust people and as one of my best pals I trust him. We have always agreed on most selections and I don’t see that changing. I’m looking forward to working with Simon (Mirfin) and Wez (Hill) as well. It’s just great to be back home.

Looking from the outside, what have you made of Hallam's season so far, and what will you be looking to bring to their challenge to get into that top four?

There is a lack of consistency due to many factors; injuries to big players, the amount of games called off. So hopefully now we can start moving forward and driving up the table, because this group of players are more than capable. I know we will get it right. So, for me it’s all about getting some consistency in our performances.

What's your message for the fans?

It’s great to be back, the crowds are magnificent. Please keep coming through the gates: we need you, and it makes a massive difference to players’ performances.

No one will be working harder than me, Steve and our Management team...

Ryan Hindley was talking to www.hallamfc.co.uk