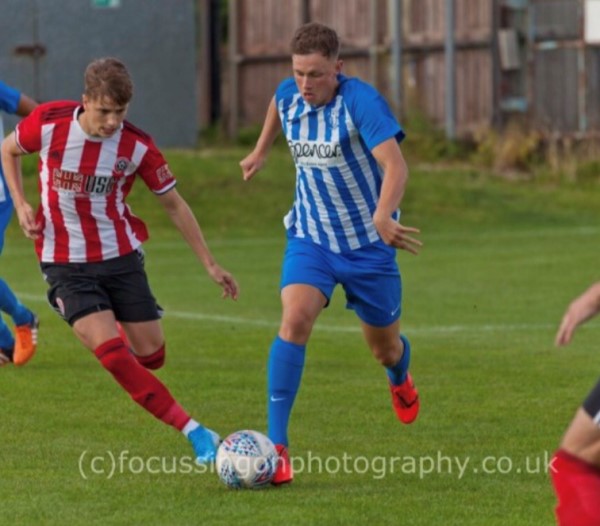 Where do you live: Crosspool

How did your move to Hallam come about: I knew Bamf from playing growing up and he was in contact about joining last pre season and it took off from there

Did you know any of the players before the move: Yes I knew most of them through playing with or against

How are you finding things so far: Really enjoyed my time here was disappointed to miss a lot of last season through injury but overall great set of lads, management have been top and also people behind the scenes in the club have been very welcoming

Do the rising attendances have any effect on the players: It can give the team a real push when the attendances are high

Do you have a target for this season: Personal: Play as much as posssible Team: Promotion

Most memorable Hallam game played in: Pre season friendly vs Sheffield United was a great experience against premier league talent and a spectacular crown

Any Pre match rituals or superstitions: None

Does the slope of the pitch have any bearing on the game: Not at all

Do you do any research on opponents or just concentrate on your own game : No just stick to our game plan and let the opposition worry about us

Is there a team target for the season: Promotion

Any standout moments whilst playing for Hallam: personally my goal on opening day of season vs North Ferriby

Do you practice taking penalties: Occasionally in training

Whats your ambition in Football: To try and reach my full potential by working hard and keep listening

Whats your ambition in Life: Be happy and get as much out of it as you can

Anything else you would like to add: Keep pushing UTH!!!