Glenn Poulton talks to midflelder Sam Fewkes this week in his series of player interviews.

Tell us about yourself
Sam Fewkes, 19 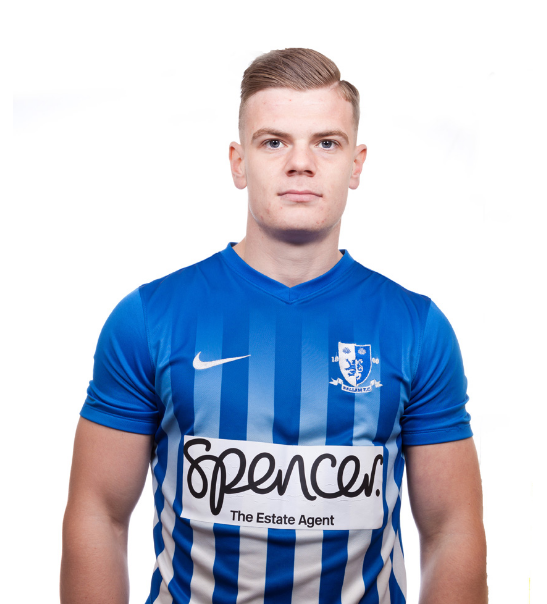 Hi did the move come about?
I have known Bamf since I was about 7 years old. He likes to play the right way so when he rang me I didn’t think twice. Also Hallam itself as a club is very appealing with the history behind it.

Does the slope on the pitch have any bearing on your game?

The slope isn’t ideal but just have to try and use it to our advantage.

How are you finding things so far?
I have enjoyed my time with Hallam so far. It’s took me a little time to adjust to number of things such as the style of play and the demands of the league itself. Also it is probably one of the best group of lads I have played with the team moral is very good.

Personal and team aim for this season?
One personal goal is to get back playing regular football after having over a year out with a dislocated shoulder which lead to an operation. This I feel I have met so far. A team goal is to make the play offs come the end of the season. I feel this is still very achievable as we have dominated teams in spells, we just need to be more clinical in taking our many chances a game.

With the rising attendance, does that have an effect on the players?
The recent attendances have been outstanding and I think that’s come of our good performances of late, especially at home, I feel the players are performing with more confidence, belief and very determined to impress the people watching.

Do you do any research on the opposition?

I do not personally do any research on any other teams as I don’t fear any team and I believe that on our day we are good enough to beat anybody.

Do you have any superstitions?
I like to sit in the same place in the changing room every game.

To get promoted and get the club where it belongs.

Anything else you’d like to add?
Whoever does the tweets during a game stop tweeting when I get booked as sick of picking my phone up after a game to see my mum has text me having a pop! Haha