Glenn Poulton catches with a new young lad who made his debut recently.

Tell us about yourself
My name is Tom Wilson and I’m 16 years old attending Hillsborough college on the Sheffield United futures course. I am preferably an attacking midfielder but also enjoy the holding role of midfield. 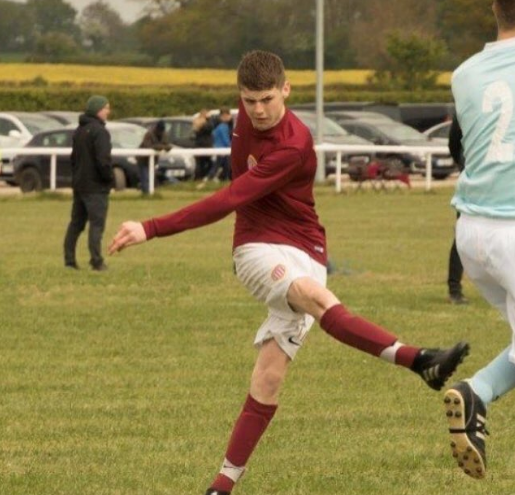 Previous clubs and honours
In my previous years I’ve played for Sheffield United from the age of 7, however didn’t reach scholarship level, once I’d been released for not being big enough, and ready for the academy game, I fell out of love with Football I guess, and I wanted that love and joy back, so I joined Thorncliffe Juniors, where a lot of my friends played, where I really enjoyed playing and started really enjoying my Football again. I was then welcomed to Handsworth Parramore U18’s where I continued to enjoy my Football.

In my time at Sheffield United, it was always an honour to play in my boyhood clubs shirt, but to go on tours with them was something else, and we won a tournament away in Norway back in 2014 with some top teams competing, the greatest moment in a Sheffield United shirt that was.

I also joined a club called Qualitas, run by Gavin Bailey, and they really helped me to get my Football back where I wanted to be, massively important to where I am now, especially the likes of coaches such as Gavin himself and Ashley Jackson, they developed my Football massively.

How did your move to Hallam come about

My move to Hallam came about after we played Handsworth U21’s for my under 21’s college side, where Scott and Dean were watching, and gave my college manager Lee Dunn a call, asking me to come for a trial and so I did.

I trained for 3 weeks up at the Sheffield United academy, and just after the 3rd session, Scott, Dean and Wippy offered to sign me. I didn’t hesitate to sign, and they told me that I was going to be involved with the squad in the next game, and I was buzzing. They told me that there’s a chance I might get on, but no guarantees, which I understood fully. The game against Bolsover at home, was the first game I was involved with, and we went 4-1 up, Scott told me to warm up and he was going to get me on, I can’t lie the nerves hit me but I was mega excited to get on the pitch.

Did you know any of the players before you signed

When I got to my first session I wasn’t familiar with anybody at all, as most of the boys were 3-4 years older than me, but the boys welcomed me fantastically, as did the coaches, I felt like I was in a great environment as soon as I got there, I do get bantered a lot judging as I am the youngest the old ‘it’s past your bedtime’ gets thrown out a lot which amuses the lads, but I love the banter and the lads are brilliant in and out of Football.

Have you played at Sandygate Road before

I have played at Sandygate once before joining Hallam, for my college side in autumn time.

Any targets for this season

A personal goal for me this season is to be a regular in the squad, and to gain regular starts, being a youngster in a semi professional men’s team it will be difficult to get in the side but I’m fully aware of what I have to do and excited to carry on with the challenges and goals I want to achieve.

Does the slope on the pitch effect your game

The slope really doesn't effect my game at all, because all 22 men on the pitch have to kick uphill at some point, you just have to deal with it and carry on concentrating on your football rather than making excuses about the state of the pitch.

I would like to thank Scott, Bamf and Wippy for giving me this opportunity and taking a chance on a young footballer like myself, I can’t thank them enough, but my hard work will continue and I strive to achieve my goals that are set.