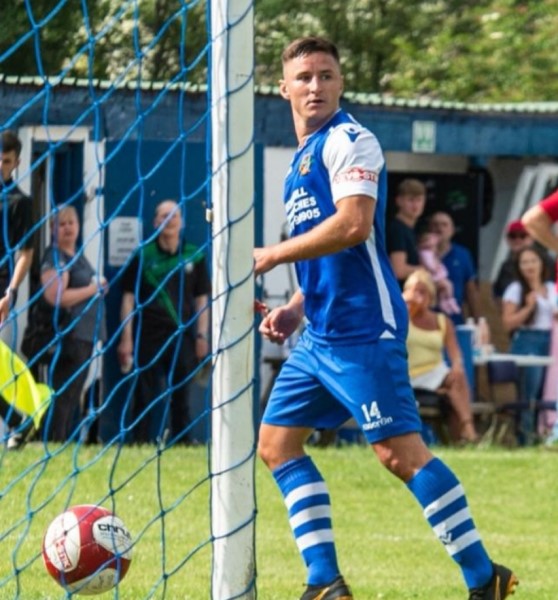 Where do you live; Sheffield S5

How did the live come about; Got a call from the gaffer basically he expressed his interest and was keen to get me in

Best friend at the club; No best freind in the team yet but as season goes on I'm sure theyll one or two

How are things going so far; Things probably haven't got of to how I'd have liked really I've had one or two knocks and also as a team I don't think we've been anywhere near our best but that's football sometimes hopefully we can kick on now after a few good results! V nostell and Parkgate

What is the team’s aim this season; Target is promotion and score as many goals as possible to get us promotion

Best ground you’ve played on; Bramall Lane not played at Hillsborough so ?‍♂️

Most memorable game for you’ve played in; Hard to say my most memorable game ever there has been loads of highs as there is with football but probably the promotion season I had with ponte colls and some of the bigger games that season stick in my mind

Most stand out moment for Hallam; Not been any real memories made in a Hallam shirt yet but there will be loads to come I'm sure!

Do you have any pre-match superstitions; Not really but just like to sit in the same spot in changing room all year

Does the slope at Sandygate have any bearing on your game; Slope???? I try not to read into it ?‍♂️

Do you do any research on the opposition; Concentrate on my own game

Teams aim for the season; Promotion is the target ?

Do you practise penalties; Yes I Do practice pens when I get chance

What is your ambition in football; Ambition is to be successful obviously in recent years my ambitions have changed I always want to win but also the enjoyment needs to be there as that's why I still play if your winng your enjoyinng it

If you won £2m on the lotto what would you spend it on; If I won 2 mil I would buy a big house a nice car and I'd probably invest in property or somtjing like that I'd spend It Wisley and invest to make more ?

Anything else you’d like to add; UP THE COUNTRYMEN!