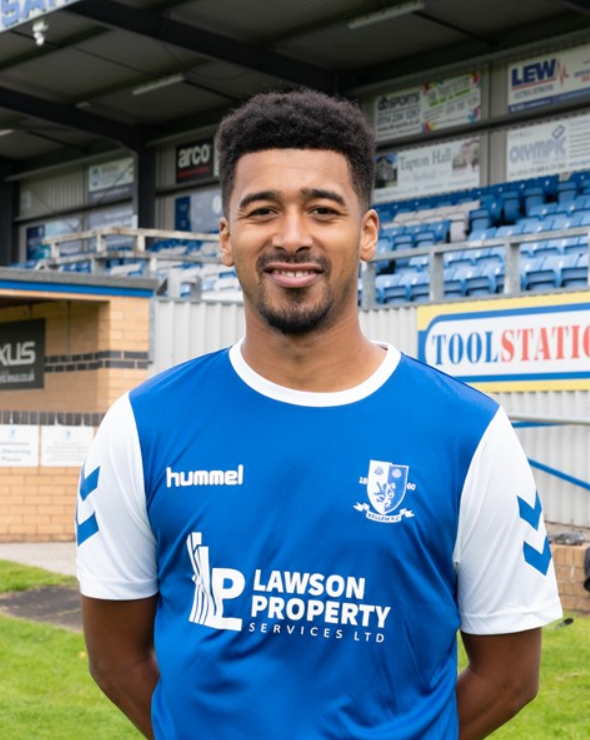 Where do you live: Sheffield

How did your move to Hallam come about: wippy convinced me not to retire after last season, came along to training and enjoyed the craic with the lads and visions the management had so wanted to be a part of it.

Usual position played: Centre back. can do a job uptop too but the gaffer doesn't believe me.

Previous Clubs played for & Honours: too many to name haha, and there are none

Did you know any of the players before the move: majority of them unfortunately

Best friend in the team: boothy, know him for far too long now

How are you finding things so far: great craic with the lads, management and all. tough start to take but we go again

Do the rising attendances have any effect on the players: yeah tom staniland gets very nervous before games which include more than 20 people

Do you have a target for this season: Personal & Team. promotion for the team. personally not really, probably to get through season without as many injuries as usual.

Most memorable game played in: handworth parramores vs clee town in league cup final. 3-2 down with about 6 mins to play and won 4-3.

Most memorable Hallam game played in: wosborough away this season. 4-0 up with an hour gone and floodlights 'Cut out' never seen anything like it in my life.

Any Pre match rituals or superstitions: eat as many midget gems as possible and throw a few Jaffa cakes about

Does the slope of the pitch have any bearing on the game: not so much on the game but on my legs it does!

Do you do any research on opponents or just concentrate on your own game : just what their current form is like and their strikers form really

How do you feel the season has started: not the best, but it is still early days and I believe we can still achieve promotion

Any standout moments whilst playing for Hallam: went rather far in fa youth cup when I was first here in 2009. lost in extra time to Wrexham, if we beat them I think it was Hartlepool away who was League2 at the time

Do you practice taking penalties. don't need to, I just don't miss them. best in team easy

Whats your ambition in Football: win every game. no long term goals anymore

Whats your ambition in Life: be happy and healthy

Anything else you would like to add: UP THE COUNTRYMEN