Nearly there everyone. "On our wayyyy, On our way!!!" 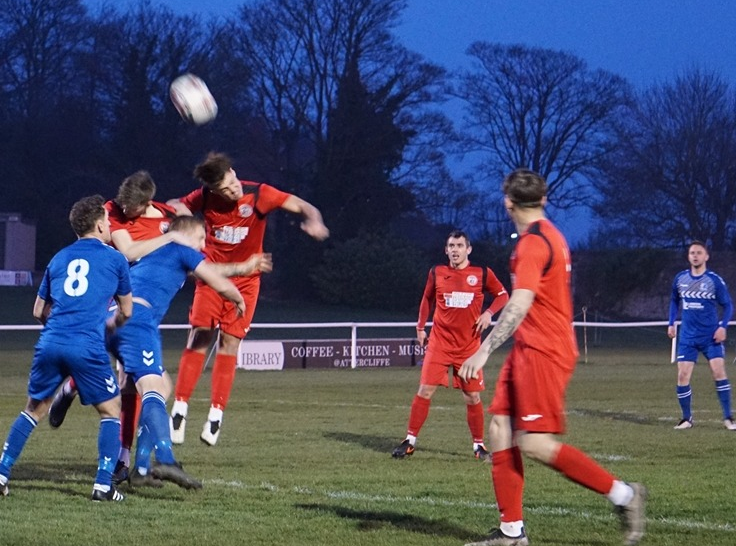 Wahey! "@HallamFC1860 have only gone and won the bloody league!" Well, barring a sequence of results that even Kim Jong Un would find ‘a bit implausible’ anyway. And it all felt, well, a bit familiar.

A win delivered with, if not ease, then fairly minimal fuss.

The first 15 minutes Worsborough Bridge were committed and disrupted things, but gradually Hallam got organised and started to exert pressure.

A goal was coming and the surprise was that it took over half an hour. It came from one of those weird decisions you get, a Worsborough player failed to reach a ball rolling the touchline around the edge of their 18-yard box, and in the face of a bit of uncertainty over who’d had the last touch, the ref gave…a throw. Pemberton had already wound up a few of his long rangers though and caused trouble again, allowing Vanks to bundle home. A late penalty converted by Royles settled things down further and it was all smiles round Sandygate.

One or two more chances followed in the second half, but it was fairly quiet until Worsborough had a man sent off for dissent and a few minutes later Royles, given a free-kick form 20-odd yards curled it away from the keeper and inside the far post and it was job done.

Worsborough actually had their best period in terms of chances after that, but there was still time for Worsborough to go down to 9 men for an elbow. And with Hallam revelling in the space, just before time Gregory worked well with Royles to get in down the right and bounced one in off a defender’s arse.

The goal difference has gone up over 100 and it’ll be party time on Saturday against Clipstone.