It's Four or Maybe Five for Royles as the Sun Shines on Hallam's Promotion Push! 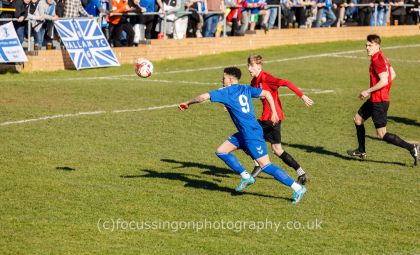 On an uncharacteristically glorious Spring afternoon, the Oldest Football Ground in the World welcomed 649 supporters to witness what would be a fascinating clash between high flying Hallam and bottom team Teversal.

Any thoughts of this being a one-sided affair with Hallam scoring a cavalcade of goals were quickly dispelled when, on the 5th minute, Hallam were unable to effectively clear their defensive lines, allowing Lewis Macaskill to open the scoring for Teversal. The opening quarter of the game continued to be an even affair, but any creeping nerves about the outcome of this match were eased in the 20th minute. The always dangerous Iren Wilson broke through the Teversal defence, displaying his trademark speed and tenacity, before unselfishly crossing the ball and allowing the equally dangerous Liam Royles a simple tap in.

Hallam grew in confidence and on the 37th minute Iren Wilson once again tormented the Teversal defence before lashing the ball into the back of the net from a tight angle. 2-1 to the home team and the Hallam juggernaut starting to roll once more. Seven minutes later man of the match Liam Royles popped up again to make it 3-1 on the stroke of halftime.

On the 50th minute, a clumsy challenge from the otherwise excellent Teversal goalkeeper saw Hallam awarded a penalty. There could be no doubts in anyone’s mind who was going to step up to take it, and so up stepped Liam Royles to complete his hat-trick.

Almost from the restart, Teversal’s Kamau Leverock scored a wonderful individual goal, his energetic celebrations in front of the Shed End drawing an appreciative round of applause from the Hallam fan’s basking in the Sandygate sunshine! But this was very much against the run of play, and it was by now Hallam who were stamping their authority on proceedings.

In the 61st minute Liam Royles scored his fourth of the day, and on the 76th minute substitute Chris Wood added a sixth. There could have been more goals except for some marvellous demonstrations of goalkeeping from both teams’ ‘keepers.

Sadly for the Teversal ‘keeper, there was to be a final Hallam goal before the afternoon was over. A cross from man of the hour Liam Royles was either a) headed home by Chris Wood or b) knocked into his own goal by the Teversal ‘keeper or c) hit the back of the net without touching any other player. As of writing this report, the goal has been officially given to Chris Wood, but it is a goal that will be debated in the clubhouse for a long time to come!

Final score 7 – 2 to Hallam, and the Countrymen maintain their 6 point lead at the top of the table, with a vastly superior goal difference and games running out for the pursuing pack.

Photographs courtesy of Antony at focussingonphotography.co.uk 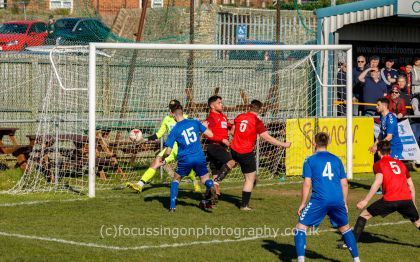 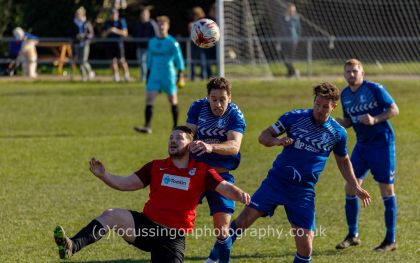 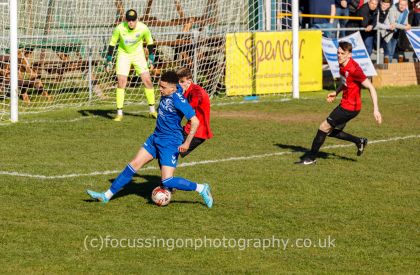 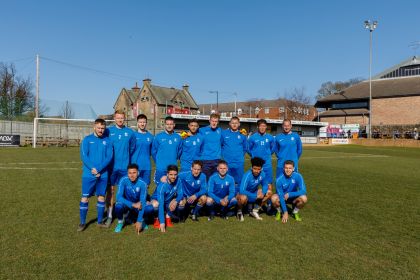