Full Steam Ahead Towards The Premier League 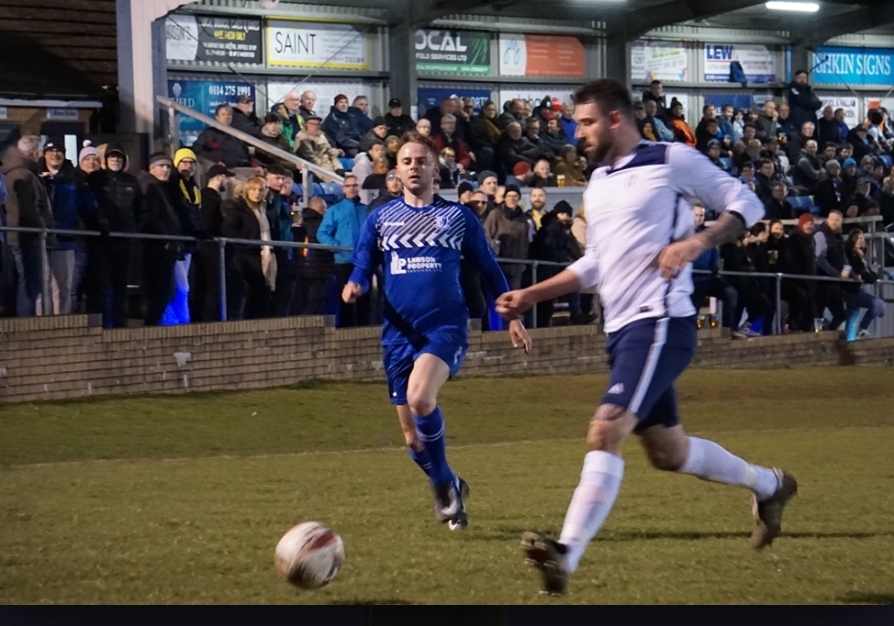 So after the weekend’s efforts to get 6 points clear at the top, would Hallam FC get caught by a sucker punch from lowly Rainworth and plunged back into uncertainty? Er, no. No they wouldn’t.

Fans of tension and jeopardy were disappointed very early on by their frequent nemesis, Iren Wilson, only a couple of minutes in.

The calmness and inevitability of his finish were matched a few minutes later by his second, the ease with which he shrugged free of the defence earning him a man marker for the rest of his time on the pitch.

Too late. It just cleared space for other Hallam players to step up and, oof, did Bradbury oblige - with an absolute pearler in off the post from 30 yards. Amazing. Morton then thumped in a header and after 20 minutes Hallam were on easy street.

Even more so when Royles took his turn, overcoming a uncertainty over being offside to make space in the penalty area for a neat shot and then converting a penalty.

Half an hour in, job more than done, Hallam didn’t exactly back off, but intensity was no longer needed.

A clean sheet would’ve been nice, but a handball just before half-time gave Rainworth something for their efforts and set up a pretty scrappy second half. There were a few chances and Watson made sure he didn’t miss out with a firm header to make it seven.

Rainworth managed another late penalty after a succession of subs and even found time to get a man sent off for some post-final whistle handbags.