A bobbly affair at Glasshoughton 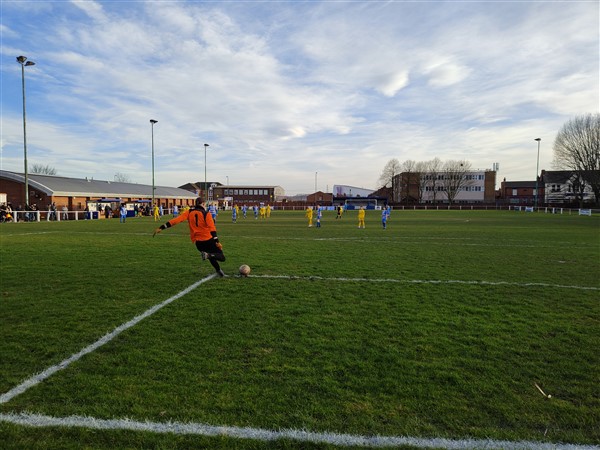 We arrived at the Glasshoughton Welfare ground and was greeted to a walm welcome by the gate meister and his young apprentice. It was for once a sunny day, and with the previous few weeks of petulant storms this felt like spring was incoming.

The pitch was dry but looked like it could do with some un-bobbling treatment. The club’s chairman, who was also the burger flipper for the day, tells us the usual story of Club Vs Council which is not unfamiliar at this level of football. For the record the burgers he flipped were good especially with the addition of a processed cheese slice.

Glasshoughton held Hallam at Sandygate earlier in the season, so this match was recognised as a potential banana skin (which has relevance when Mr Jolly turned up with is match day banana). The crowd of 101 appeared to be an equal mix in numbers of both fans which is a credit to the away support who travelled up M1 and across M62 to Castleford.

Back to the match and the first 20 minutes was a cagey affair with neither side taking a grasp of the ball. The incidents of contention all came at the expense of the referee. Glasshoughton appeared to have a penalty waved away when everyone in the ground expected a spot kick and Hallam also had the same result when Niall Smith was taken down on the edge of the Galsshoughton box.

As the half-progressed Hallam were looking more likely the break the deadlock with an ever-increasing use of the left and right wingers. That’s not taking away the Glasshoughton counter attacks which could have found the breakthrough. If they could have taken their changes with a more clinical approach, they could have been a few up by halftime.

The break for Hallam came in the 40th Minute, a cross comes into the box and is headed by Kieran Watson towards goal, this took a favourable deflection from a Glasshoughton defended looping over the keeper and into the net.

Apart from a few forgettable incidents the match drew to half time, and it was time to try a 50p sausage roll.

The dressing room team talks must have been an interesting listen for any wall hanging flys as the teams came out with different approaches which would shape the 2nd half.

The first booking of the game came in the 55th minute and was given to a Glasshoughton player. No one actually saw what he was booked for as everyone in the crowd was looking at a message which was being dragged by a light aircraft (Cessna 172 for the record) flying overhead. It appeared someone had funded this message as they have beef with Pfizer – the tone of the message also suggested they were a fan of the group Pink Floyd.

Glasshoughton were looking forever pressing in the Hallam half and, in almost inevitable fashion, Glasshoughton scored an equaliser in the 55 min following progressive play down the centre.

It was Glasshoughton who were now fired up to take the lead and it was the goalkeeping of Miles Wright who kept Hallam level as he pulled off a double save to deny Glasshoughton.

The game started to decent into a routing of needling and fouling with players appearing to have taken up side missions to disturb the flow of the game. A lot of the action was away from the actual action and behind the refs back.

Some actions shout louder than other actions and Kieran Watson slotted in his second goal following a great flick back header from a Max Pemberton throw. Watson tapped the ball home and ran straight past his needling adversary to point out his action has more of an impact on the result of the game.

During one incident it gave the travelling support a chance to talk to the Glasshoughton keeper, his age was described as “50ish” so a credit to him that he can still play at that age, even at this level. He also had time to take a pic with the Hallam Twitter admin during another scuffle further down the pitch.

As the game [descended] onwards there was a number of colourful flashpoints which resulted in a couple of players seeing red and getting a card of the same colour one of each team. With these players being dismissed we were set to see the last 5 mins of normal play with 10 v 10.  As it turned out it was nearly 20 minutes as the ref had 15 minutes of injury time stored in his watch.

The game ended up 2 - 1 to Hallam and it’s another 3 points towards the NCEL Premier League.

Thanks to Glasshoughton for the welcome and we wish you well for the rest of the season. 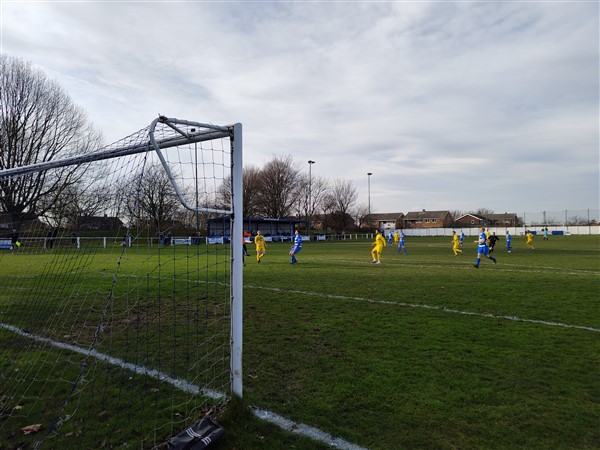 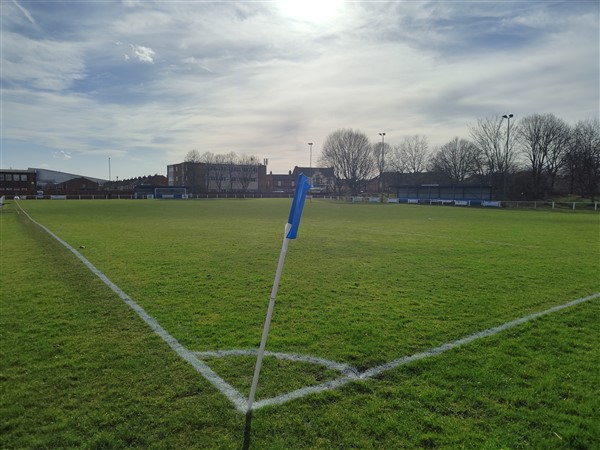 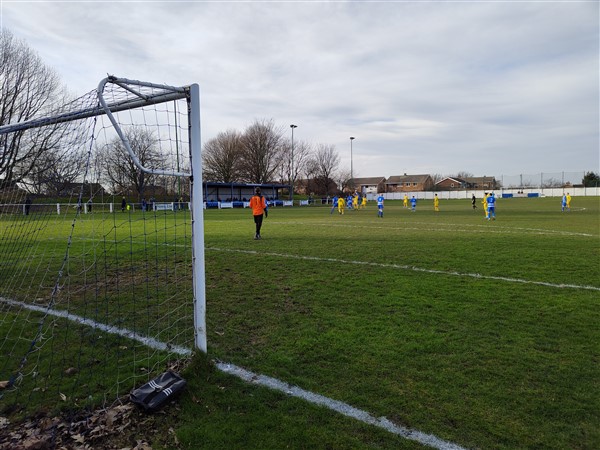 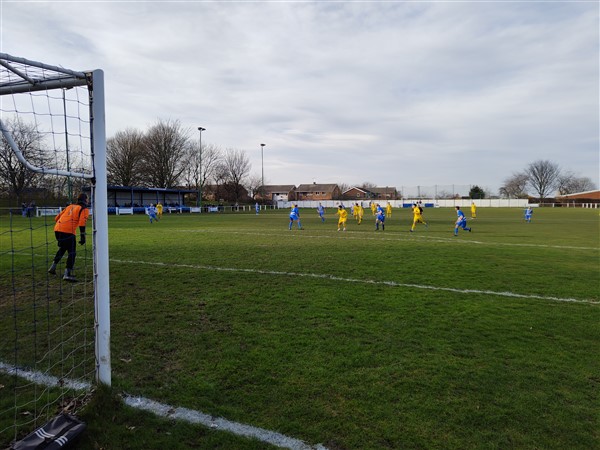