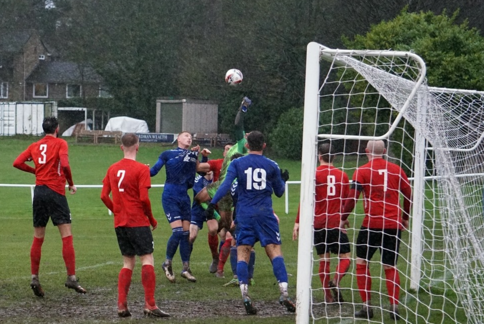 A properly filthy day at Sandygate - all wind, rain and heavy turf - might have done something of a number on the football , but not the entertainment. It all started so well with Iren Wilson getting into the Parkgate defence and finishing with real calm and quality.

That wasn’t entirely the end of the composed football, but it was hard fought stuff. Hallam had a fair amount of the game but Parkgate looked dangerous every time they came forward and in truth the two they scored in the first half - the second from an underhit backpass that was far from Hallam’s last defensive nightmare of the game - could’ve been more. Not that Parkgate didn’t have their own scares. One backpass just rolled wide and Wilson had a second chance cleared off the line.

A third Parkgate goal after more ropey defending at the start of the second half left Hallam with a mountain to climb, which they duly did before falling off spectacularly in the closing minutes. The introduction of Wood and Royles had seen them heap pressure on the Parkgate goal and against all expectation scramble the three goals they needed to take the lead.

It would’ve been so easy for sodden Parkgate players to give up, but they didn’t and through a combination of the conditions, sheer determination and some shoddy keeping (though given the conditions and lack of protection from breaking Parkgate players, there were plenty of mitigating factors) managed to get a not underserved 5-4 win with two in stoppage time. Had it finished at 4-3 to Hallam the league might’ve been over, as it is Hallam were reminded how hard it is going to be to get over the line. 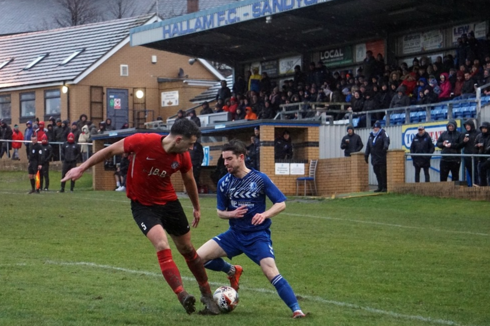 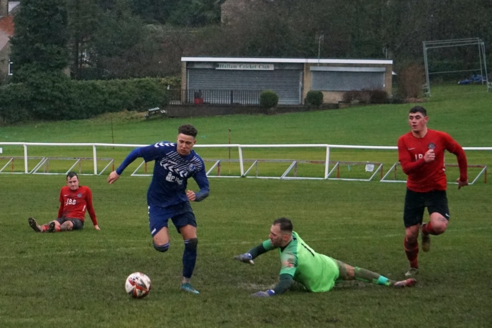