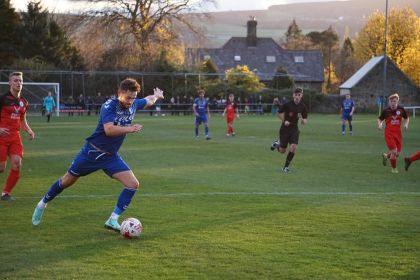 On a bright, chilly November afternoon, an impressive crowd of 656 made their way into the Sandygate ground to see the Countrymen entertain Armthorpe Welfare FC. Before the kick-off, there was an immaculately observed minute’s silence and a poignant rendition of the Last Post from a lone bugler to commemorate Remembrance Sunday. The sombre, reflective mood was soon lifted as the referee blew his whistle and the match got underway. It had been three weeks since Hallam’s last home game, and two weeks since the team had played together competitively, and the crowd were eager to see if the Countrymen could maintain the fine run of results, and impressive style of play, that had propelled them to the top of the NCEL Division One.

It seemed that Hallam’s hiatus from playing competitive games had dulled their edge somewhat. The first half was end-to-end stuff, but with neither side putting their stamp on the game. Hallam seemed unable to settle, and the positive, fearless style of play that had become their trademark during their meteoric rise up the league table seemed to have deserted them. It came as no surprise when, on 24 minutes, ex-Countryman Adam Baskerville marked his return to Sandygate by scoring the game’s opening goal. 1 – 0 to Armthorpe.

The shock of going a goal down seemed to invigorate Hallam, and as the half wore on they started to look more like their old selves. On 44 minutes, Dan Brownwell’s surging run into the Armthorpe box resulted in a cross from Kieren Watson and Brandon Bradbury’s cheeky backheel in the opposition’s net. On the stroke of half-time, Hallam were back on level terms, much to the delight and relief of the home supporters. 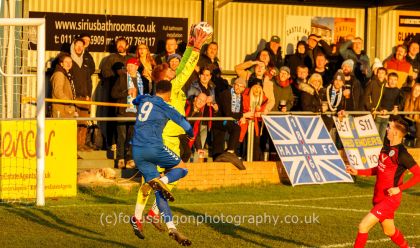 Buoyed no doubt by a half-time mug of Bovril and perhaps a few choice words from manager Craig Denton, Hallam started the second half in a far more positive manner. In the 53rd minute this positive start to the half was rewarded when an Armthorpe defender handled the ball in the box, and Liam Royles converted the resulting penalty. Ten minutes later and Kieren Watson got his name on the scoresheet when, following a mix up in the Armthorpe penalty area, he showed that striker’s poaching instinct, nicking the ball from the visitor’s ‘keeper and slotting the ball away for 3 – 1.

Except for a few long range efforts from Armthorpe, it was all one way traffic now, with Hallam dominating the game and looking more like the expressive, confident team we have become used to watching. Were it not for a string of excellent saves from Armthorpe ‘keeper James Leverton, Hallam could have had two or three more goals. However Leverton’s heroics kept the scoreline to a respectable 3 – 1, and as the referee blew the final whistle beneath the Sandygate floodlights, it was Hallam who deservedly took all three points.

It may not have been pretty at times, but the ability to grind out results like this is the mark of a great team with a winning mentality. It’s still all to play for at the sharp end of NCEL Division One. 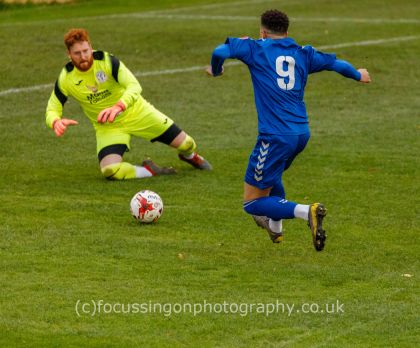 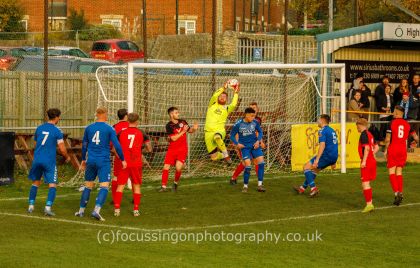 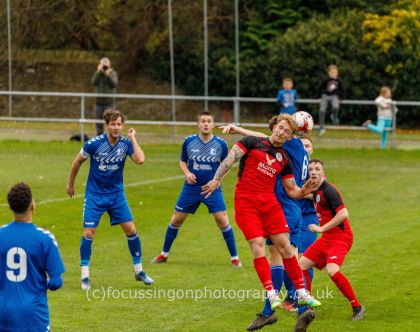 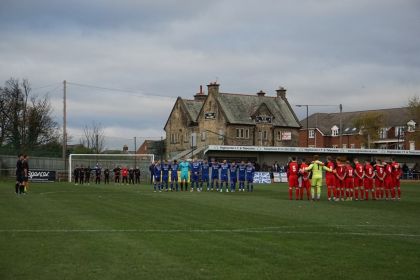