Hallam unable to bring back the points from Ferriby 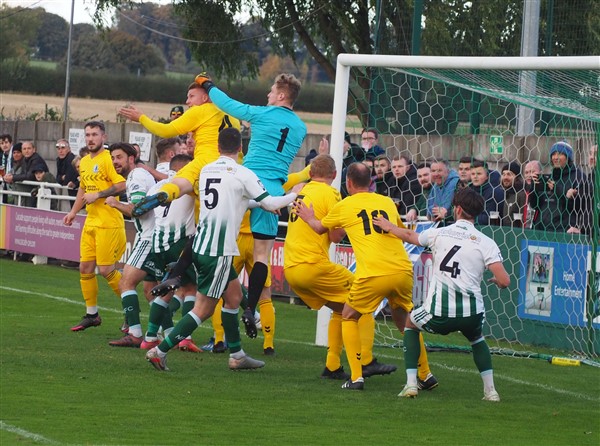 North Ferriby FC have a wonderful set up to which they should be proud of. As soon as we arrived, we were directed to the car parking and was greeted by smiley friendly staff.

6 years ago, the club North Ferriby United was a National League team and were the winners of the 2014/15 FA Trophy. In 2018 with debts of 7.5k, they were liquidated. The phoenix club North Ferriby FC was set up in 2019 and granted access to the NCEL Dv1.

A crowd of 512 came to watch the match, an estimation of 40 - 50 Countrymen made the trip with a few in good voice throughout the match.

On the field it was North Ferriby who were making the early chances. One after another Ferriby came looking for an opener but could not convert their chances. The attacks were either shot wide of the Hallam goal or were kept out by the Hallam Keeper Wright who was displaying a magnificent exhibition of goal keeping.

The closest Ferriby came was from a break down the left wing which left the Ferriby forward racing one on one with Wright who sped out to the attacker, the ball was slotted passed Wright only for it to hit the inside of the Hallam post and back out to be cleared by Wankiewicz.

Following another break down the right wing Wankiewics make a side-line clearance which he bulleted into the crowd. This was expertly headed clear of the crowd by Ian “Grumpa” Smith who was declared fine following some medical treatment by Shannon Brookes.

Hallam generated little chances all half, Iren Wilson was probing the Ferriby defence but could not get into a shooting position. The half ended all square.

During the opening ten minutes of the second half Hallam came to life with some great attacking football and some attempts at goal. Notably a cleared ball came out to Scully on the edge of the Ferriby box who belted it back with the outside of his foot, it was heading to the top corner of the Ferriby goal but was stopped by the Keeper who made an acrobatic save tipping it over the bar.

As the half played on Ferriby started to use the width of the pitch to penetrate Hallam’s rear. During one of the attacks on the left wing a Danny Buttle’s shot hit Wright full on then bounced back to Buttle which deflected off him into the Hallam goal. Some may call that luck other will call that a forward’s deflecting instinct, either way it put Ferriby one up.

Ferriby were unlucky not to go two up when a shot from just outside the Hallam penalty area hit the underside of the bar, bounced down and was cleared by the Hallam back line.

As the game was entering injury time Hallam formed a number of chances. In the 90th minute Kieran Watson slotted the ball past the Ferriby keeper to the jubilation of the travelling Countrymen. The effort was ruled offside even though the ball appeared to land at Watsons feet from a Ferriby header.

The game finished 1-0 to Ferriby. Hallam drop to 3rd in the NCEL Dv1 table but its only October, don’t panic... 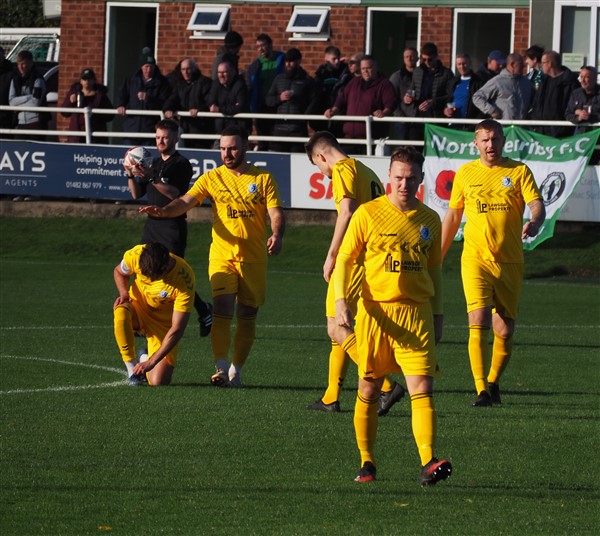 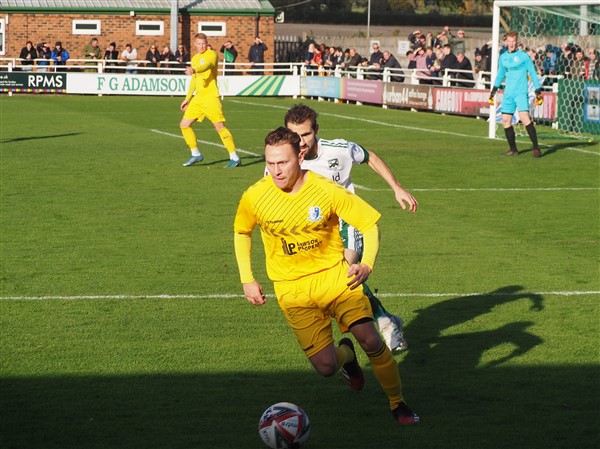 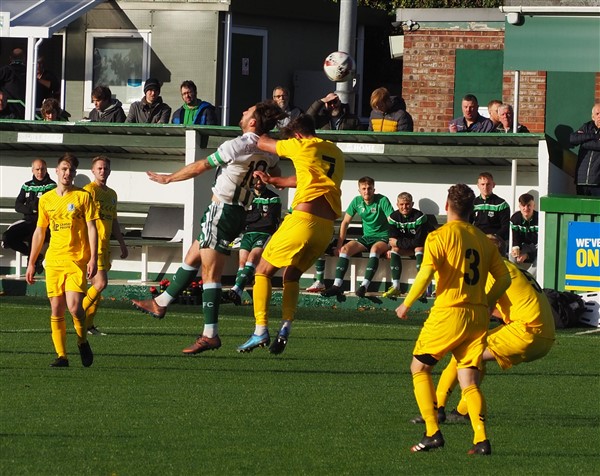 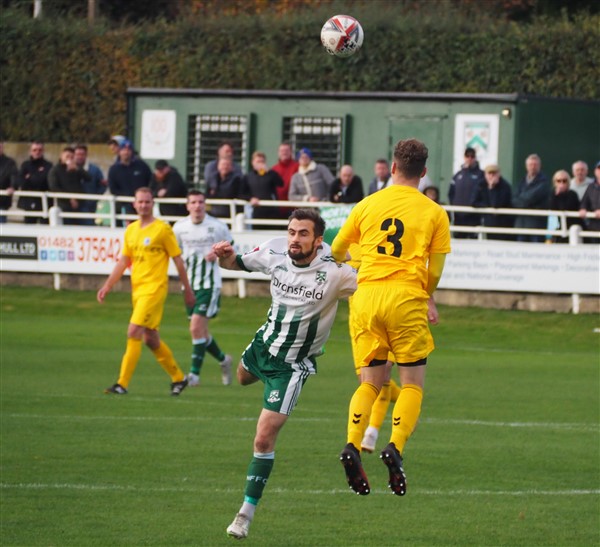 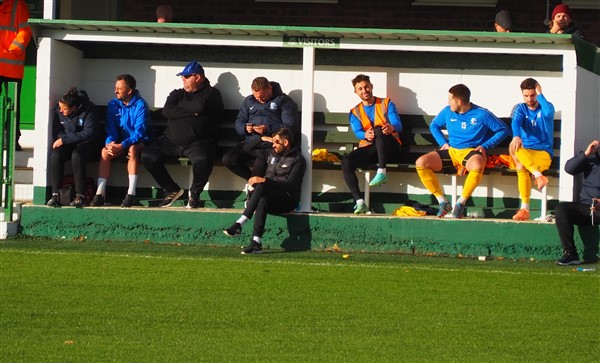 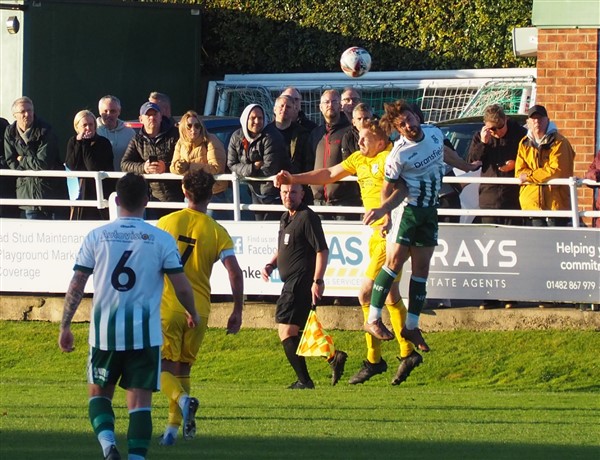 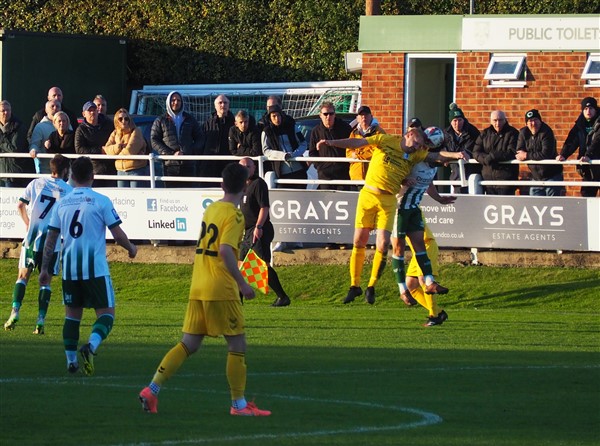 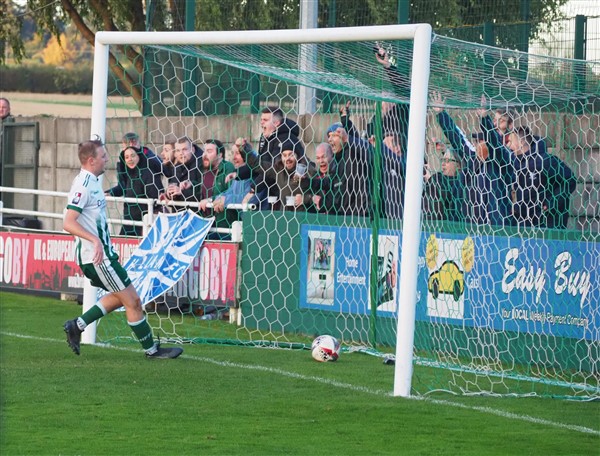