High Flying Hallam Demolish Robins to Soar Back to Top of NCEL Division One! 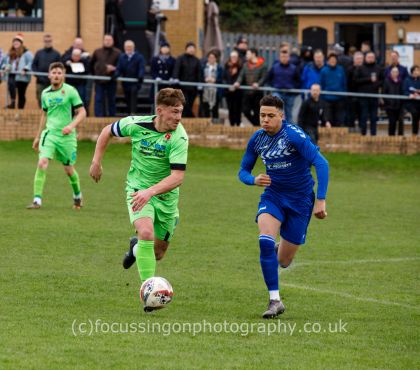 Disappointment at the midweek friendly defeat to SWFC under-23s did not deter the Hallam faithful from making the pilgrimage to Sandygate on a blustery, autumnal Saturday afternoon. An impressive crowd of 527 were there to welcome the Robins of Selby Town, and they did not have to wait long for the scoring to open. Kicking towards the ever-boisterous Shed End, Chris Woods’ cross over the heads of the Selby defence was gratefully collected by Liam Royles and mercilessly dispatched. 1 – 0 to Hallam and only six minutes played.

After this bright start, Hallam continued to push forward. However this enterprise left them vulnerable at the back, and as the fist half wore on Selby could have scored two or three goals, catching the Hallam defence on the break. Poor finishing from the Selby forwards let Hallam off the hook until in the 29th minute Selby’s Harry Clapham was brought down in the Hallam box, Liam Flanagan converting the resulting penalty. 1 -1 and an even contest thus far.

Any nerves felt in the crowd as to the possible outcome of this game were calmed just three minutes later when the ever-reliable Chris Salt headed home from a Hallam free kick, re-establishing Hallam’s one goal advantage. Chris Wood then added Hallam’s third just on the stroke of half time, meaning that as the whistle was blown it was the Countrymen who held a commanding 3 – 1 lead.

With Hallam kicking down the famous Sandygate slope for the second 45 minutes, Iren Wilson began to torment the Selby defence with his agility, fearlessness, and dancing feet! Time and again he drew fouls from the Selby defence, and in the 53rd minute he got his reward, scoring Hallam’s fourth of the day. And just two minutes later, it was Chris Salt with his head once again who provided Hallam’s fifth.

Hallam were marauding by now, and with over half an hour still to play, the Selby team seemed powerless to hold back the waves of blue shirted Countrymen.

Fan favourite Kieren Watson was introduced to the field of combat in the 65th minute and got his name on the score-sheet just five minutes later, his sweet shot from the edge of the area finding the back of the net. 6 – 1 to Hallam. Six minutes later it was Iren Watson who grabbed his second of the day and Hallam’s seventh.

However there was still time for the goal of the match to be scored. Super-sub Steve Woolley was brought on in the 74th minute, and produced a wonder goal nine minutes later. A full 40 yards out, he collected the ball at his feet, took a quick glance up, and then launched the ball like an Exocet missile into the back of the Selby net. The shell-shocked Selby ‘keeper could only stand, rooted to the spot, as the ball whizzed past him and almost broke the back of the net. Cue a standing ovation from the main Sandygate stand and the adoration of those in the Shed End!

The referee’s whistle spared the Robins any more blushes, and after (another) memorable afternoon at the World’s Oldest Football Ground, Hallam FC find themselves sitting at the top of NCEL Division One. Just rewards for the hard work of the players, manager, and coaching staff of Hallam FC, and another warning shot fired across the bows of Hallam’s promotion rivals. 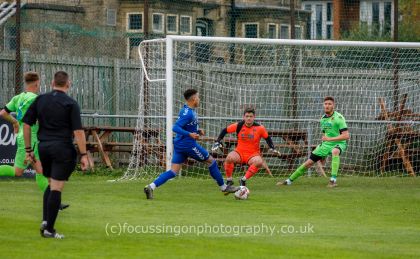 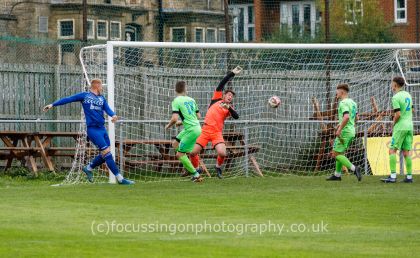 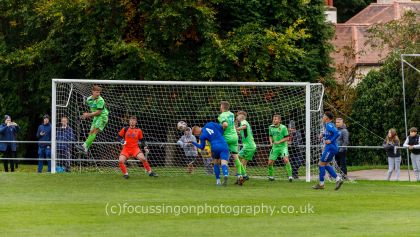 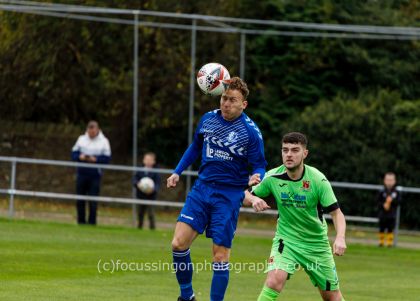 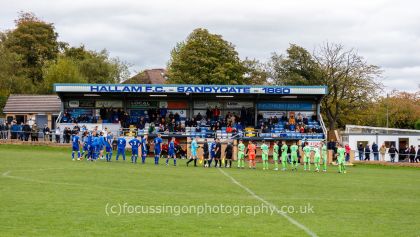