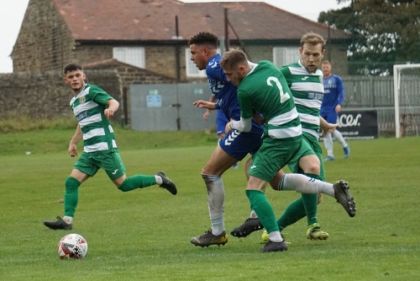 It had to happen sooner or later – Hallam FC's amazing ten game winning streak came to an end against a determined Glasshoughton side in front of an amazing Sandygate crowd of 619. The good news is that Hallam can now boast an eleven game unbeaten streak (silver linings and all that) and are still sitting close to the top of the NCEFL Division One.

The first half was dominated for long periods of time by Hallam, who continued to play with the confidence and panache that their supporters have become accustomed to in recent games. However Glasshoughton proved a tough nut to crack, and defended stalwartly. Even when it looked certain that Hallam would score, the Glasshoughton goalkeeper performed heroics, denying Hallam the goals that seemed inevitable.

At half-time, it was goalless at the World's Oldest Football Ground.

On 55 minutes, the rampaging Iren Wilson broke from midfield, catching the Glasshoughton defence napping. As he bore down on goal, the last Glasshoughton defender desperately pulled at the shirt of Hallam's Player of the Month, resulting in a foul and an inevitable red card for the defender. Reduced to ten men, it seemed that, as has been witnessed many times before, Hallam would gain the upper hand and go on to claim another victory. Glasshoughton had other ideas though, and being reduced to ten men merely encouraged them to redouble their efforts, and deny the Countrymen. Wave after wave of blue shirted Hallam players attempted to breach the visitor's defence, only to be repulsed by a determined defence and a goalkeeper having an inspired afternoon.

On the 80th minute, following an extended period of Hallam pressure, and with Hallam committing more and more players forward in an attempt to find a way past the visitor's rear guard action, Glasshoughton broke from defence and scored an unlikely goal. With just ten minutes left to play, it looked as though Hallam were heading for defeat.

Cometh the hour, cometh the man. On 85 minutes, more pressure from Hallam resulted with the ball landing at the feet of Jack Brownell on the edge of the area. With the Shed End howling “shoot!”, his deft shot hit the crossbar and rebounded away. After performing heroics all afternoon, and keeping Glasshoughton in the game, the fates then conspired for the rebounding ball to hit the back of the stranded goalkeeper and end up in the back of the net. Cue near hysteria from the majority of the 619 crowd as finally the Glasshoughton defence had been breached!

And yet there might still have been another twist to this engrossing game. In the final minute, with Hallam once again throwing players forward in search of a winner, Glasshoughton broke from defence in a carbon copy of their first goal. The Sandygate crowd held their collective breath, and then let out as huge sigh of relief as the Glasshoughton forward shot wide of the Hallam goal.

Final score after a fascinating and highly entertaining contest, a hard fought 1 – 1. 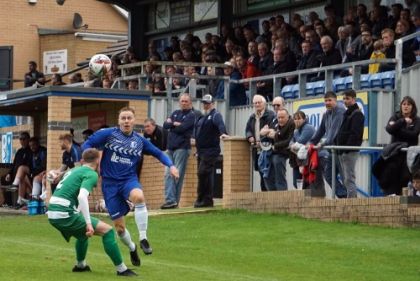 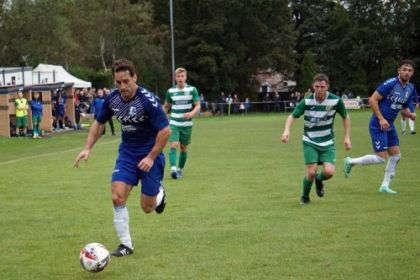 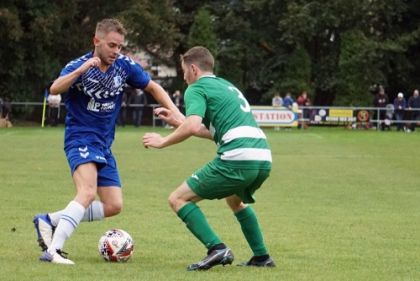 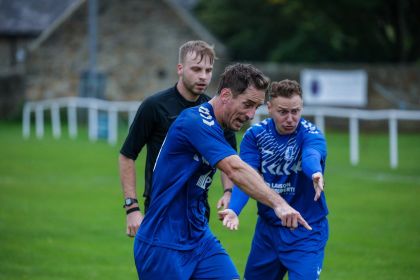