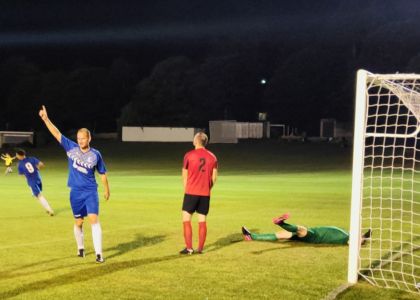 There comes a time in a poor match reporter's life that he starts to run out of superlatives to describe what has been witnessed at a football game. This is one of those occasions. After witnessing Hallam's recent streak of wins, including casually dispatching opponents with seven and nine goal margins, and seeing the home crowd at Sandygate rise from the 200s to the 300s to the 400s, we arrived at a Tuesday night home fixture against Shirebrook Town FC. We couldn't be treated to another imperious Hallam display, could we? And the attendance couldn't beat the previous week's 412, could it?

How wrong we were to doubt! Once again Hallam not only produced the goods, but over-produced and gave us a little extra just to be sure! And the Hallam faithful, making the trek to Sandygate on a Tuesday night, not only played their part, but surpassed it; a frankly staggering 605 people passing through the gates before kick off!

The writing was certainly on the wall for the Derbyshire team as early as the 6th minute when a clumsy tackle in the Shirebrook box led to a Hallam penalty, duly dispatched by Liam Royles. If that wasn’t bad enough, Shirebrook found themselves down to ten men just seven minutes later – another clumsy challenge, this time on goal-bound Iren Wilson, led to the Shirebrook player being sent for an early bath and a direct free kick to the Countrymen. Duly dispatched by, you guessed it, Liam Royles. Hallam 2 – 0 up with barely 13 minutes on the clock.

If the thought was that Shirebrook Town would now capitulate and allow Hallam to romp all over them, then someone had forgotten to show the Shirebrook players the script. In the 24th minute, against the run of play, Shirebrook scored on the break, pulling a goal back and making the score 2 – 1. Any doubts in the minds of the spectators about how the rest of the game was going to play out were soon settled when in the 36th minute, and after relentless Hallam pressure, the ever dangerous Iren Wilson skipped through the Shirebrook defence and deftly rounded the ‘keeper, slotting the ball away to reinstate Hallam’s two goal advantage.

That two goal advantage soon became a three goal advantage when Chris Wood scored for Hallam right on the stroke of halftime. The score 4 – 1, and barring any miraculous upsets, the game as good as won.

There were to be no miraculous upsets, as the second half began with Hallam continuing to put pressure on the Shirebrook goal. Chris Wood grabbed his second of the night in the 53rd minute, followed shortly by Liam Royles completing his hat trick. The rout was concluded in the 82nd minute when super-sub Rhys Davies scored Hallam’s seventh of the night.

That’s five wins in a row for the Countrymen as they continue their relentless march up the table. The cherry on Hallam’s cake was provided in the 58th minute when Hallam favourite Kieren Watson came on as substitute, making his first appearance this season following a recent illness. It was great to see him back.

Exciting times at Sandygate, and all Hallam supporters now eyeing the rest of the season with hungry eyes! 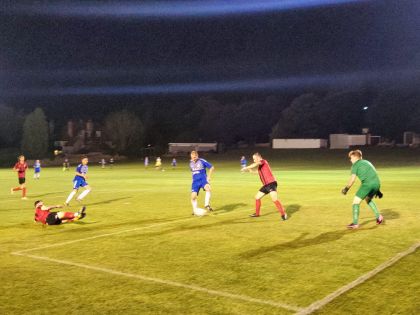 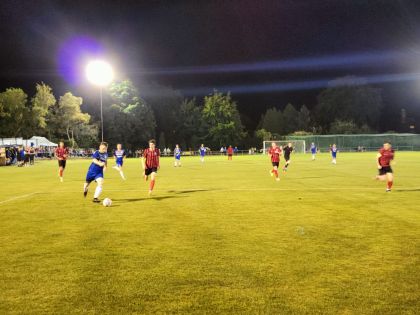 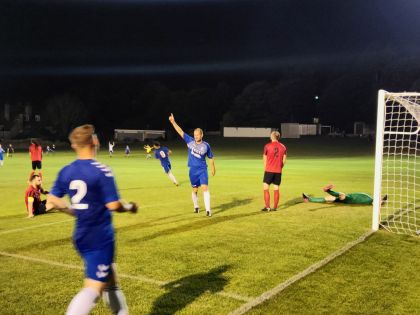