Hallam in Seventh Heaven as Hall Road Rangers are Put To The Sword! 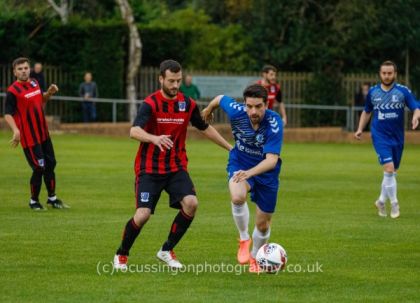 In a night that will linger long in the memory of the 352 crowd who were there to witness it, Hallam FC scored seven goals against Hall Road Rangers in a remarkable second half blitzkrieg.

The warning signs had been there during the first half, as Hallam dominated for long periods without managing to breach the Hall Road defence. However as the second half kicked off in the fading light of a pleasantly mild Sandygate evening, it was Brandon Bradbury who opened the scoring when, in the 48th minute, he created the space he needed to fire the ball into the back of the Hall Road net.

Just 6 minutes later it was returning Countryman Niall Smith who found his name on the scoresheet with a shot that the Hall Road ‘keeper allowed to sneak under his body. With 54 minutes played, the writing was on the wall for the Hull-based club, but few could have predicted just how dominant Hallam would be during the rest of the half.

Almost from the restart, fan favourite Iren Wilson neatly tucked away Hallam’s third. In the 60th minute Max Pemberton attempted to add his name to the goal sheet with a free kick, but it narrowly whizzed past the post. Kicking towards the famous ‘Shed End’, it did not take Hallam long to add that fourth goal. With 67 minutes played, it was Liam Royals who scored his first of the night, before Danny Deakin emphatically slotted away Hallam’s fifth.

With 15 minutes still to play, Hallam were hungry for more goals, and it was Liam Royals who duly obliged with goals in the 79th and 87th minute, making the score-line an incredible 7 – 0. Hall Road Rangers would have been forgiven for suspecting this was all a nightmare that they would soon wake up from! It should be pointed out, however, that despite the scoreline, Hall Road continued to endeavour on the pitch, never allowing their discipline or professionalism to slip.

Liam Royals was Hallam’s hat trick hero, with the impressive Danny Deakin being named as Man of the Match. When the final whistle blew, Hallam had achieved a remarkable result that must have pleased manager Craig Denton, and sent a warning to the rest of the league that Hallam FC are very much back on track! 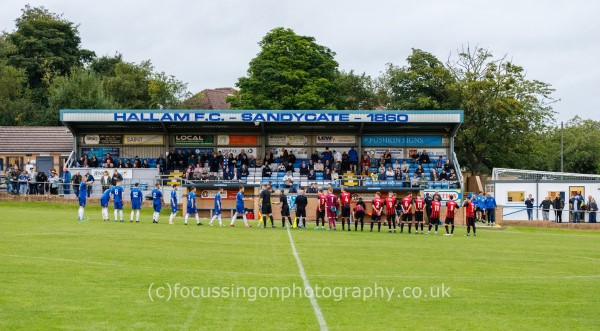 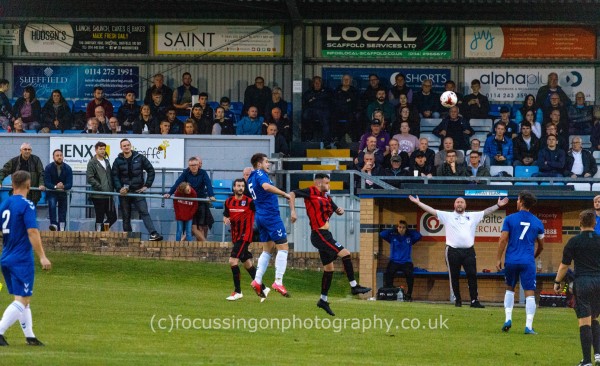 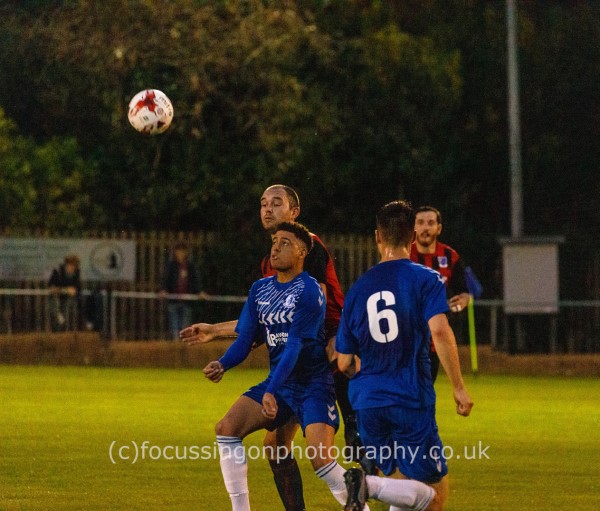 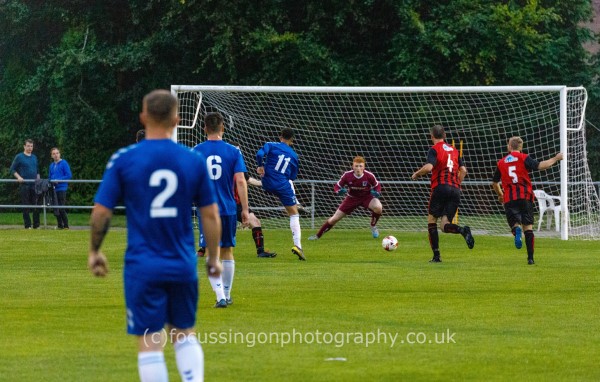 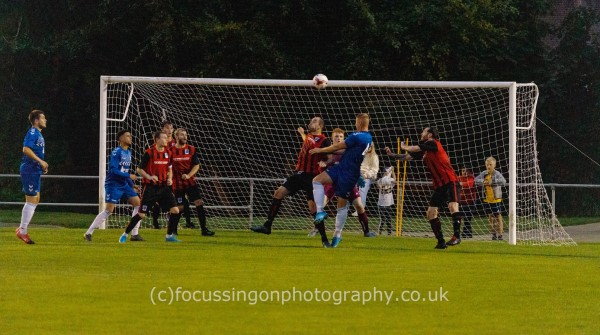