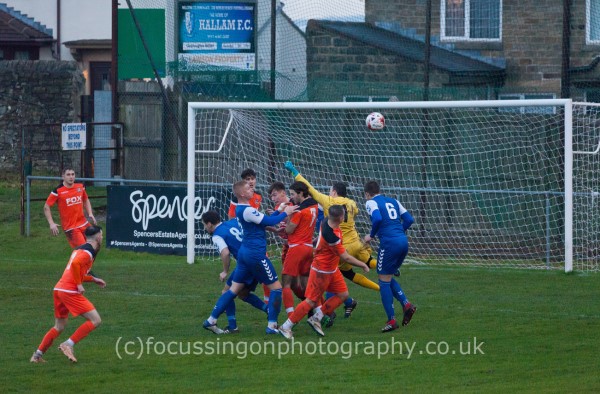 After the enforced Covid-19 lockdown, it was wonderful to welcome football back to Sandygate, albeit without Hallam's amazing supporters. The guests at a chilly and damp Sandygate were AFC Blackpool for this first round tie of the FA Vase.

The weather conditions may have been cold with the occasional flurry of icicle-like rain, but both teams served up a scorcher of a game! With little more than two minutes on the clock, the Countrymen opened the scoring when a Hallam corner was converted by Max Pemberton. However almost from the restart, Blackpool were back in the game when Connor Ikin headed home the equaliser.

In the seventh minute, Kieren Watson's determination and persistence, refusing to give up on a ball that seemed destined for the Blackpool 'keeper's hands, gave him his first of the afternoon and Hallam's second.

Hallam did not have to wait long before Watson scored his second. A clumsy challenge in the Blackpool area led to a Hallam penalty, and there was only going to be one man stepping up to take it! The Blackpool 'keeper guessed the right way, but Watson's penalty was struck with such force that he was unable to keep the ball out of the net. 3 – 1 to Hallam.

Again Blackpool responded, and in the eighteenth minute an Adam Sumner free kick saw the visitors pull one back. 3 – 2 and less than twenty minutes played! Both teams seemed intent on playing positive, attacking football, and at this stage any scoreline seemed possible!

In the thirty-fourth minute, a long Hallam throw into the Blackpool box was headed dangerously across goal, and it was Kieren Watson's outstretched foot that tapped the ball in the net. 4 – 2 to Hallam, and Kieren Watson had his hat trick!

Half-time arrived, and gave both teams a chance to catch their breath after a frantic and eventful first half! 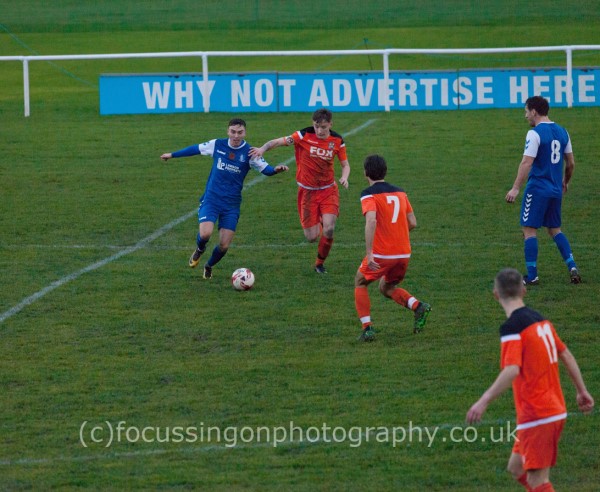 As the second half began, Hallam were pressing hard to effectively put this FA Vase tie to bed. A goalmouth scramble in the opening minutes of the half led to the ball somehow not crossing the Blackpool line. Blackpool held firm and began to push for a goal of their own.

Their persistence was paid off when they were awarded a penalty in sixty-third minute. Jamie Thomas duly converted, and the Mechanics began to sense that they could get something from this game. However as the light faded across Sandygate, so did Blackpool's hopes of an equaliser, and when the referee blew for full time, it was Hallam who emerged as 4 – 3 victors. 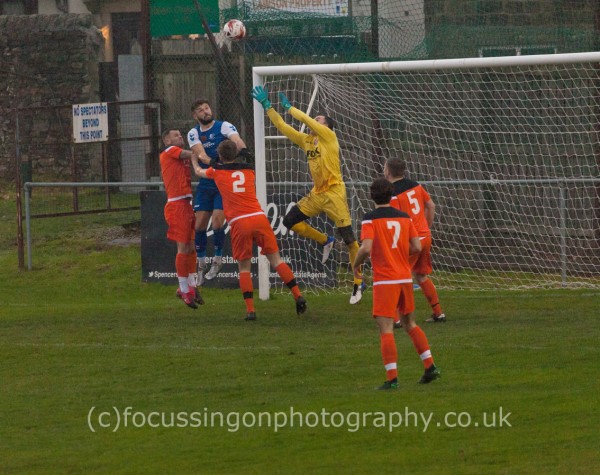 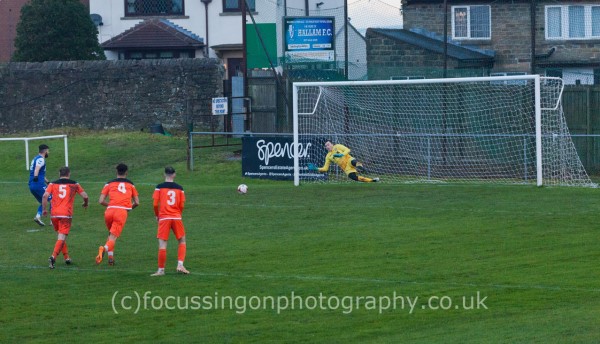 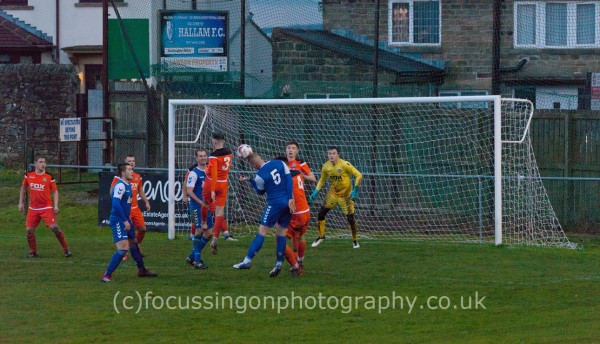