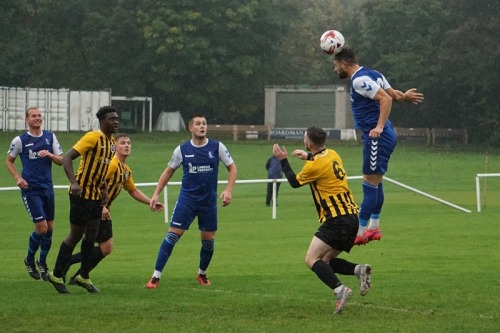 From the restart East Hull responded in style, and after just five minutes they had levelled up the score. However, on seven minutes Hallam were awarded a free kick on the edge of the East Hull box, and it was expertly put away by Steven Woolley. Seven minutes on the clock and the score stood at 2 – 1

Both teams seemed intent on playing positive, attacking football, and both Hallam and East Hull had plenty of chances throughout the first half. However, it was Hallam who took their chances, with Keiren Watson completing a memorable first half hat-trick, with well-taken goals in the 16th and 22nd minute.

At 4 – 1 up, Hallam looked to be cruising to victory, but East Hull battled on. They got their reward in the 38th minute when they pulled a goal back. As the referee blew for half-time, the score-line stood at 4 – 2, with the promise of an intriguing second half to come!

No sooner had the second half kicked off than East Hull had scored a third, and it really was a case of 'game on' for the visitors. However, Hallam proved themselves to be resilient and capable of dealing with the East Hull revival. As the light began to fade and the mist returned, Hallam began to assert their dominance on the game and an East Hull equaliser began to look less and less probable. Then, in the 88th minute, the game was put to bed when the unstoppable Kieren Watson scored his fourth, sparking celebrations both on and off the pitch. 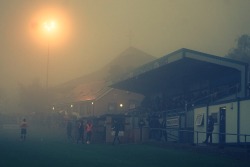 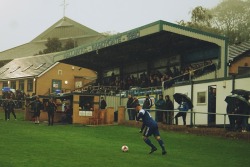 In difficult conditions, both teams had served up a wonderful game of football. From a Hallam perspective, the Countrymen showed that not only are they capable of scoring goals, they are also capable of digging deep, weathering the storm of a strong opposition's revival, and ensuring that all three points stayed at Sandygate! Kieren Watson was highly deserving of the Man of the Match award, and let's hope he was able to take the match ball home with him! 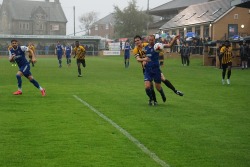 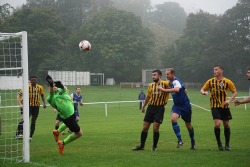 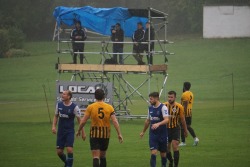 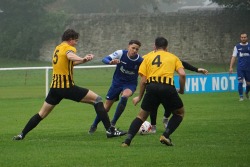 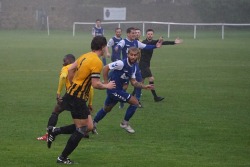 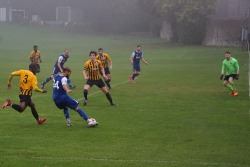 Thanks to https://matthsheff.tumblr.com/ for the pix...