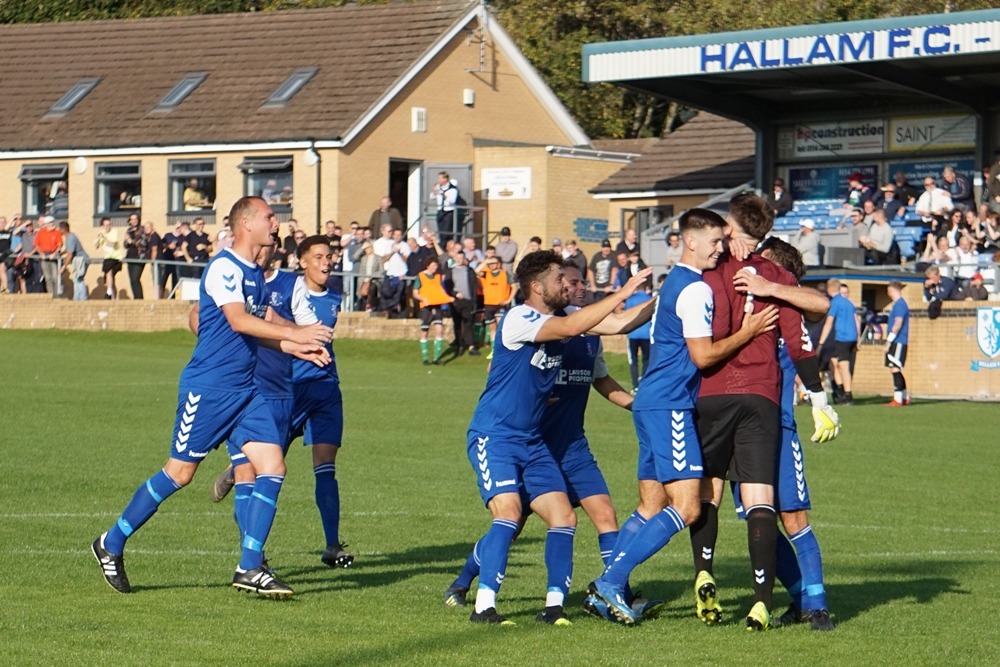 Hallam found themselves one nil down at half-time, but there was still plenty of football left in this cup tie, and the Countrymen were far from out of it.

Ten minutes into the second half, a coming together between Hallam's Christopher Wood and Burscough's Kevin Pollard saw a heated altercation between both sets of players, sparking uproar in the Hallam crowd. Kevin Pollard received a deserved red card for his clear and intentional foul on Christopher Wood, with several players also seeing yellow for their part in the ensuing conflict.

Just seven minutes later, Hallam began to make the extra man count when a poor goal kick was headed back into the path of Kieran Watson, who made no mistake in slotting the ball calmly into the back of the Burscough net. Scenes of delirium could be seen both on and off the pitch! At 60 minutes the score was level at one-one, with everything to play for!

On several occasions Hallam came close to taking the lead for the first time in the game, but a resolute and well-organised Burscough side did a good job in stemming the blue and white Hallam tide. When the 90th minute whistle was blown the score remained level, meaning the tie would have to be settled through a penalty shoot-out. 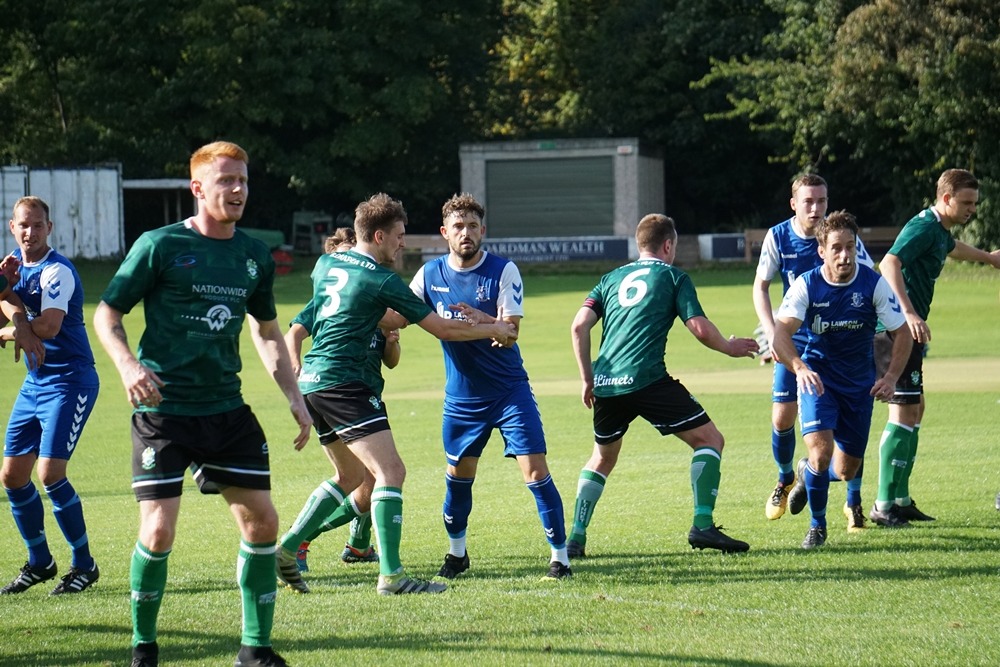 It was Hallam who held their focus, scoring all of the four penalties needed to overcome a Burscough team whose nerve seemed to have suddenly deserted them, missing two penalties and putting Hallam into the hat for the next round of the FA Vase.

Once the final Burscough penalty had been saved by Hallam's David Reay, a roar erupted from the Sandygate faithful who had just witnessed a highly competitive and entertaining match that will live long in the memory of all who were there to witness it! 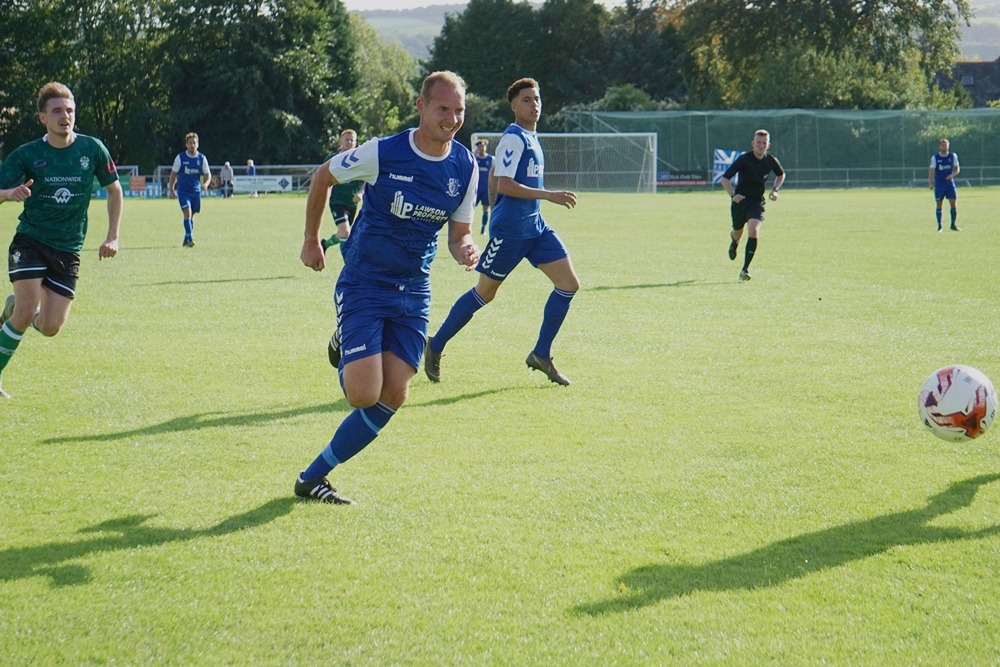 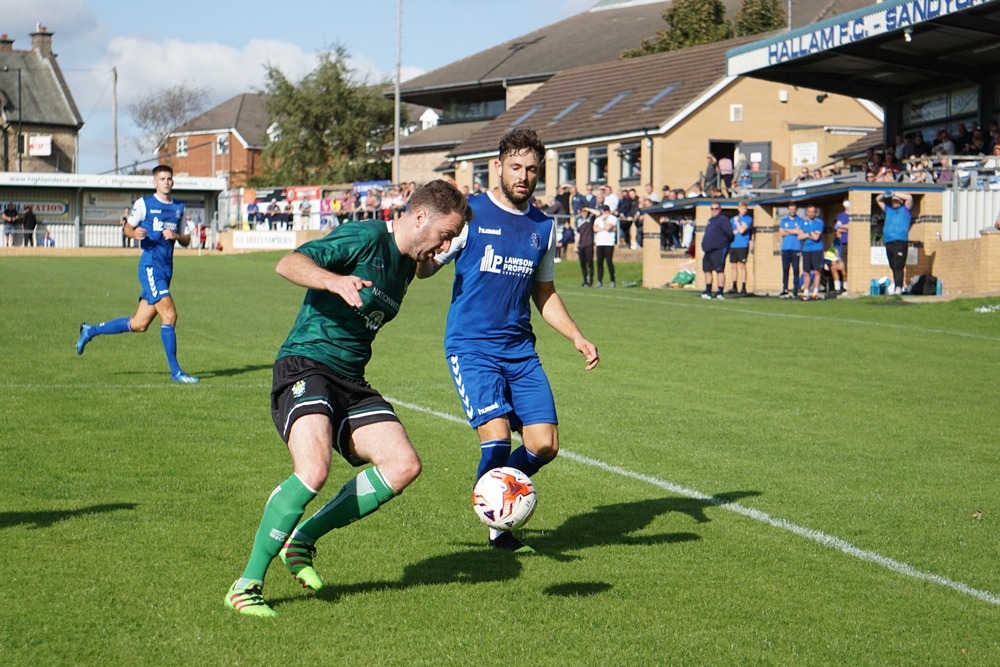 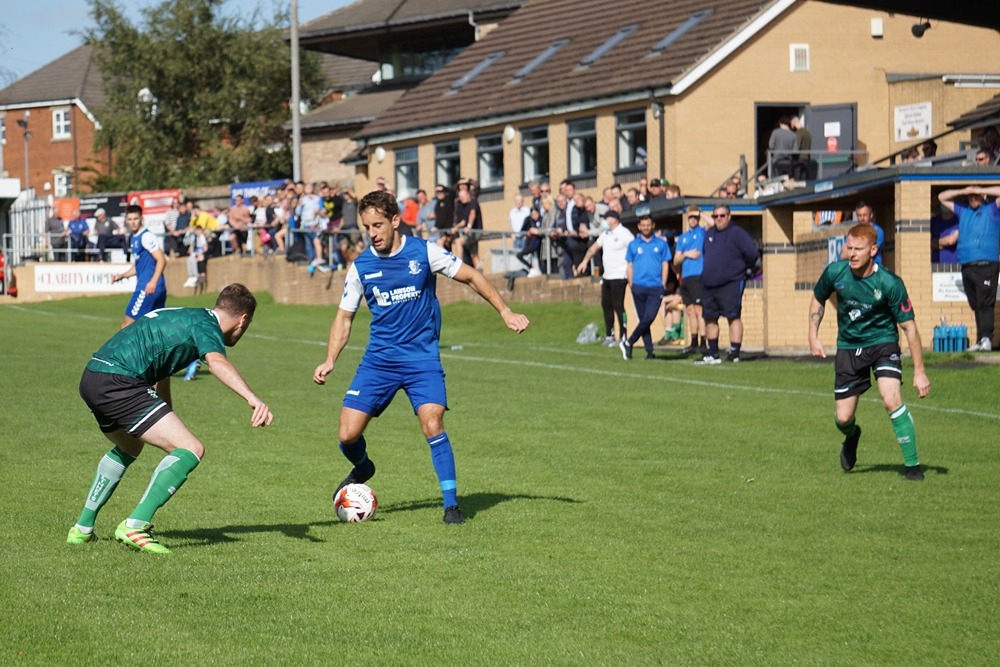