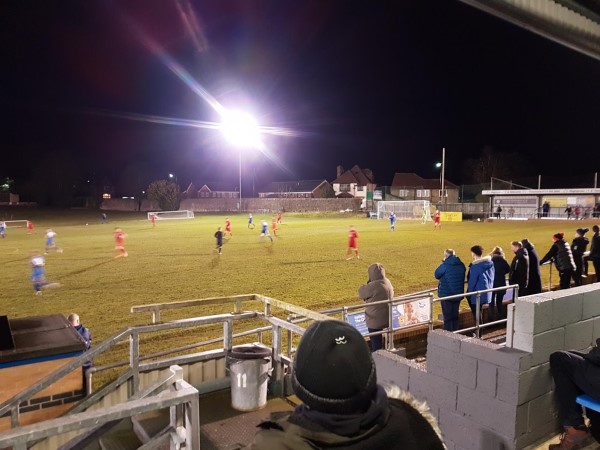 There was still time for the pre-match warm-up to disrupt the plans of Joint Managers Stephen Whitehead and the returning Ryan Hindley, as Jed Phillips pulled up with injury, Tyler Bradley deputising.

Whitehead “I thought-collectively- we were impressive”

After a quiet first ten minutes, Hallam thought that they had grabbed the lead on the quarter hour, after a well-rehearsed corner routine saw Julian Lawrence’s header beat Wellie keeper Leigh Overton, only to be cleared off the line. The home side were certain that the ball had crossed the line, but the officials disagreed.

Tom Wilson drew a good save from Overton just after the half hour, but on 35 minutes it was James Leverton’s chance to impress with a good save of his own; and right on the interval, Leverton produced a wonderful fingertip save , helped by the crossbar, to deny Armthorpe the opener and leave the game goalless at the break. 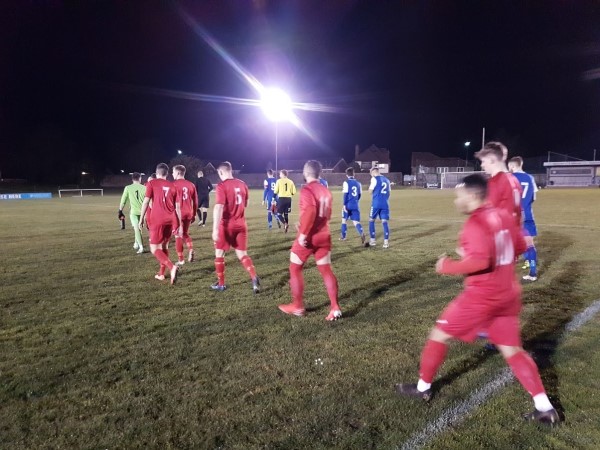 Into the second half , and Wilson again almost broke the deadlock, but just before the hour, the home side were awarded a penalty, and striker Sam Smith dispelled any doubts following his miss at Ollerton Town with a confident finish low to the left hand post as Overton guessed incorrectly. It was Smith’s 8th goal in all competitions of a productive season for the front man.

The home side pushed for that important second goal, but Armthorpe continued to be a threat, and had a penalty claim of their own with 15 minutes left when top scorer and danger man Adam Baskerville went over in the box. The referee waved the claim away.

Hallam’s Kiyani Clayton was despatched to the sin bin with just eight minutes of normal time left, but the home side survived a pulsation finish to the game to clinch a vital three points.

The reverse fixture at the Marra Falcons Stadium is scheduled for the end of April. In the meantime, Hallam head to Glasshoughton Welfare this Saturday (3pm) whilst Armthorpe make for Worsbrough Bridge Athletic. 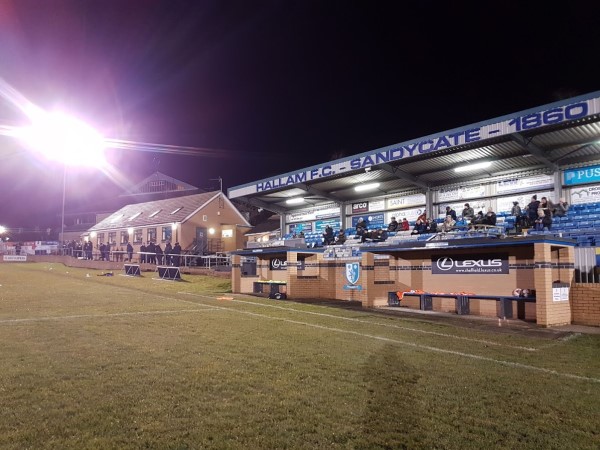 After the game, Joint Manager Stephen Whitehead spoke to Ian and John, who started by asking Stephen to sum up the win.

It was really good. The lads worked hard and generally when you do that and with the quality we have at this level you get your rewards; and we did that tonight taking the 3 points from the game against a decent Armthorpe team.

Who stood out for you this evening and why?

It’s hard to just pick one; for me I thought collectively we were impressive. I think young Tom Wilson is starting to hit his stride in that midfield role and Julian (Lawrence) organised that back line really well; but they all deserve credit.

Tell us how it felt being re-united with Ryan in the technical area?

Look he’s a best mate of mine and we know each other really well so it’s good to be in there with people that you get on with ; and that goes for Danny Cardwell coming in too. It’s given the lads a lift so hopefully we kick on now.

The games come thick and fast now, Stephen. On Saturday it's a tough assignment at Glasshoughton who have been in great form. What should we expect at the TJ's Travel Arena?

We ‘re expecting a really tough game but if the lads work hard again like the last outing, we won’t go far wrong. 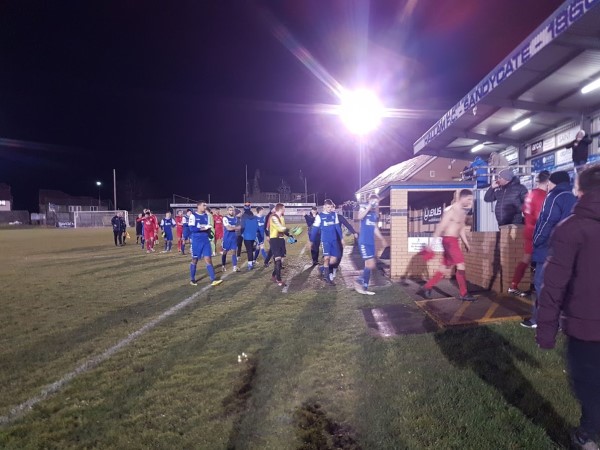