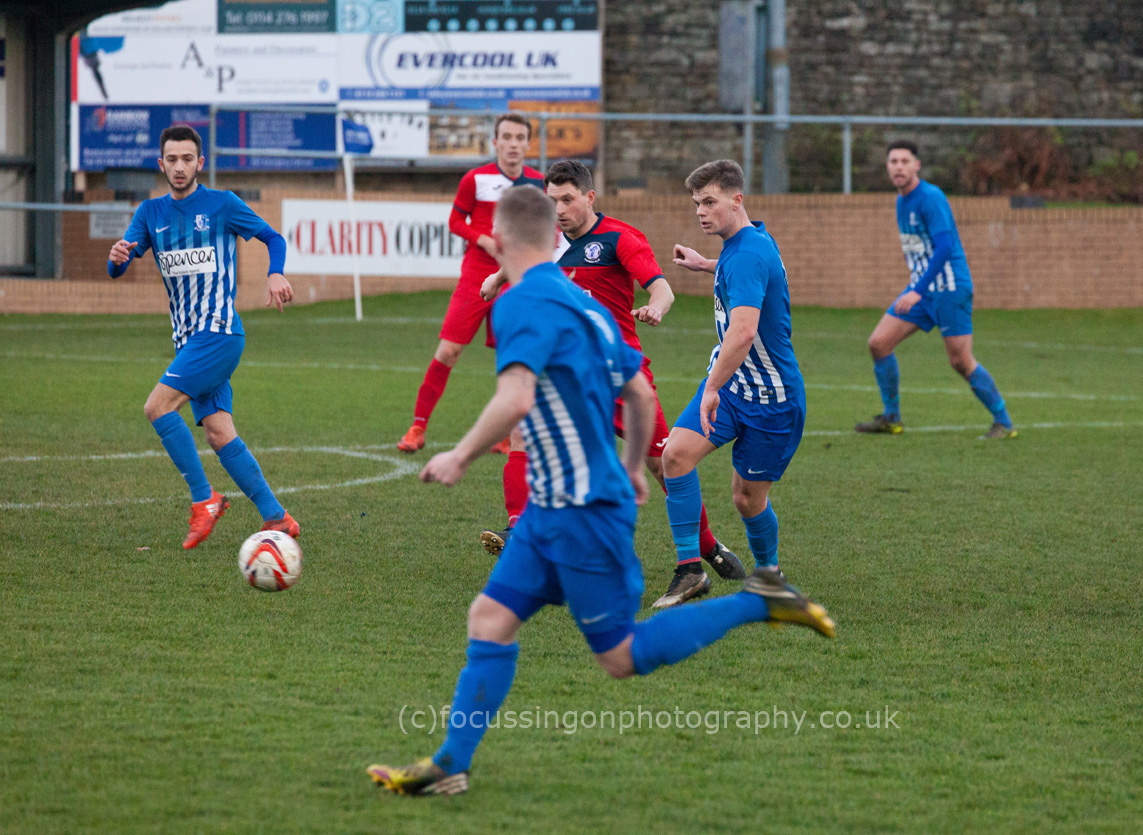 With the beast from the east taking its toll on all of us this winter, games in the NCEL were few and far between and Hallam were certainly no different as we only managed 6 games in the first 2 months of 2018.  The season was extended not once but twice by the FA with the play off final being pushed back to the 12th of May.
January's highlight was a 5-1 home thumping of FC Bolsover which did include 2 second half penalties for The Countrymen. We were also 2 goals down away at Worsbrough Bridge at half time before Jake Currie and Oliver Beaumont brought home a point from Park Road, early signs of the fighting character the team was going to need if they were to clinch a play off place. Similarly placed Selby Town kept all 3 points as they met Hallam at The Fairfax Plant Hire Stadium, a neat goal by the hosts late on was enough to over ride a Tom Roebuck 2nd half equaliser.
A 2-2 home draw with Campion started the month of February off, Micah Bishop and a Currie penalty twice put Hallam ahead in the first half. It would be another 2 weeks before we'd see Hallam play another game as the beast from the east continued to sweep in, but it was worth the wait has Hallam swept aside local rivals Swallownest 3-0 thanks to Callum Greaves and 2 late goals for Mitchell Dunne in front of 184 fans at Sandygate Road. The only away game of the month came at Ollerton Town as a 2nd Dunne goal was enough to keep Hallam in with an outside chance of the play offs. A fine finish by Bishop had put us 1-0 up before Ollerton equalised early in the first half.
March was a much better month for Hallam with us gaining the maximum of 12 points from the 4 games played. A Dunne double was enough to see off East Yorkshire Carnegie on a cold Tuesday night at the worlds oldest football ground. Dunne was at it again as his hat-trick plus goals from Currie and Will Saxon was enough to ease past Nostell MW at the Welfare Ground. Hallam's 5-1 home win over Bolsover was bettered by not conceding against them away with Sam Smith this time taking a ball home and Saxon and James Reed also on the score sheet. The game of the month came at home to Winterton Rangers with Hallam winning by 1 goal out of 7. Ben Thornton 2nd of the game in the last minute was enough to preserve Hallam's 100% win record in March. Dunne and Currie were also on the scoresheet again.
The big push for that last play off place came in April with Hallam squeezing in 8 games in total. Hallam scored 6 goals at Retford and 2 at both Dronfield a Town and Brigg Town on a Thursday night, culminating in 7 points. Mitch Dunne with 7 of the 10 goals, of which went towards his 34 for the season. Crowds of 200+ in both home games against Shirebrook Town and Eccleshill United witnessed 4 points added to the table. The 1 v Shirebrook was gained thanks to a very late Jake Currie overhead kick. A wonder goal that would be good enough to make a sky sports advert from, had it been in the EPL. Also another Thornton double saw off 3rd placed Eccleshill. A 4-3 home defeat to mid table side AFC Emley all but ended Hallam's outside chance of pinching that 6th spot.

However an easy 4-0 win over Rossington Main meant the last game of the season would see Hallam host the Champions Knaresbrough. My match review of Hallam 4 Rossington Main 0

Both teams lined up today in their away kits, a game rearranged so many times in the past couple months it was decided to be played at Oxford Street instead of Sandygate Road but with Hallam at home on Monday also it was a wise decision to wear the away kit for a home game played away! It didn't take long for Hallam to show why they had lost only 1 in the previous 13 games as Smith scored on 4 minutes. Some neat play down the right hand side ending with Smith slipping the ball under the keeper at the front post. A battling display in the middle by Carrig made it an easier afternoon for the back 4 than they will have expected, and Carrig was also involved in the build up for the 2nd goal. The Main defence thought they had mopped up the chance but the short back pass was latched on to by Dunne to poke the ball home on 31 minutes.

With only a couple of minutes left on the clock, Thornton picked the ball up from way outside the box and lashed home an absolute banger. 1 of a few highlights of the game and 1 worthy of the £5 entrance fee for the 125 in attendance. Before the HT whistle was blown, Dunne rifled a shot that the keeper parried and Thornton managed to put the rebound over the bar from a few yards out. One everyone could laugh about after his thunder bolt just moments earlier!

The 2nd half carried on has it left off. 47 minutes in and Tootle bursting down the left hand side, some trickery from Dunne and a Robona cross (outrageous) to Smith who flicks the ball with his first touch under the keeper. A goal to rival Currie's over head kick for goal of the month. Rossington on for a mid table finish and only pride at steak maybe the reason for their lacklustre attempt at putting a fight up.  With the points practically in the bag for The Countrymen, the rest of the game was played at a slower pace. Another thunderbolt by Thornton, this time from inside the box was saved by the Main keeper and at the other end, on the odd occasion Rossington did get passed Griffith and the back line, Sneath was on hand to cover. Just the kind of game I assume Sneath was hoping to be playing in after running the London marathon the previous week.
Over 200+ again at Sandygate Road came to see if the Champions could make 100 points for the season or if Hallam could cause an upset, plus hope 6th placed Glasshoughton slip up at lowly placed Worsbrough (they didn't). An action packed first half with Hallam dominating possession and hitting the wood work twice. One of the efforts being a lovely glancing header by centre half Gaz Griffith from 1 of the many corners that couldn't be pushed over the line. Penalties either side of half time did put us 1-0 and 2-1 up (Currie x2) but the quality of the Champions shone through in the end with them grabbing an 87th minute winner. The winner itself being a long range effort even committee player of the year Dave Darwent couldn't stop.
Our 8th place finish in the league standings was a positive one with the management trio in their maiden season and with over 50 games played, I personally think it was a year to be proud of and the first step towards us being right up there again come the end of next season. Also hopefully we can break the 200+ average through the turnstiles in 2018/19.
Up The Countrymen,
Glenn Poulton (@PoultonOwl).
Prev Next